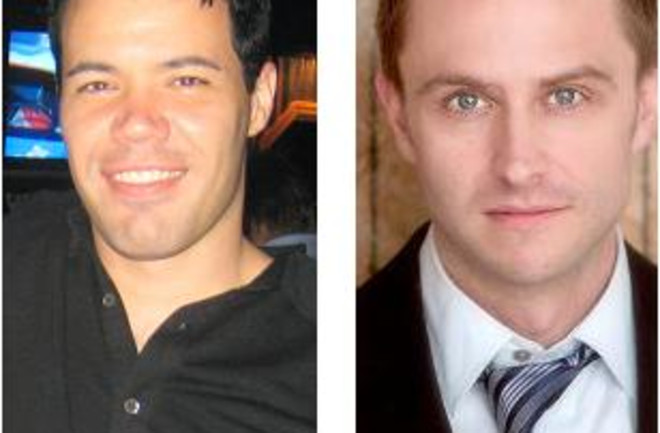 I can't deny my co-blogger here is a sexy geek. Heck, even if I tried, I'd have no case--it's been documented. Well, the west coast is starting to seem like a parallel universe because now I have this other co-blogger named Chris who's also a sexy geek with WIRED and they even live in the same town! Remember MTV's Singled Out? That Chris - host of PBS's WIRED Science - is the newest member of our family over at the Correlations Compound and let me be the first to say welcome! Make yourself at home... Okay, admittedly I never imagined I'd be blogging. Back in 2005, I promised some students at UMaine I'd get started if the Dems took the House and Senate. As if that would ever happen! So by the end of last November, I had my first post up on a private site where I'd write one or two times a month. I didn't actually begin in earnest until Chris #1 brought me on about five months ago. And would you know it, I discovered writing isn't only fun, it's healthy and even cathartic. I'm having a blast alongside my favorite scibling as we explore ideas here with all of you! Not long after unpacking at The Intersection, I signed on with the new WIRED/PBS science blog Correlations shared by a 'Real World' mix of scientists and media folks. And now that Chris #2 has arrived, I expect he brings the perspective to shake things up... Hardwick graduated from UCLA where he studied math, science and philosophy, but the best part is I now have a blogging counterpart who was also a radio personality like me! He did a four year stint for at KROQ in Los Angeles meaning double jocks on one science blog! Things are gonna get interesting... So that's the big news... Now I've got two smart, sexy, funny guys out in LA named Chris sharing my blogosphere... A girl can get used to this.

More From Discover
Health
Hugging Is an Evolutionary Tool for Survival
Health
The Other Magic Mushroom: Why a Canadian Startup Is Suddenly Interested in the Fungus From Super Mario
Health
How To Avoid Food-Borne Illness
Recommendations From Our Store
My Science ShopCosmos: Possible Worlds
My Science ShopStrange Science
My Science ShopEinstein's Universe
My Science ShopElements Flashcards
Shop Now
Stay Curious
Join
Our List