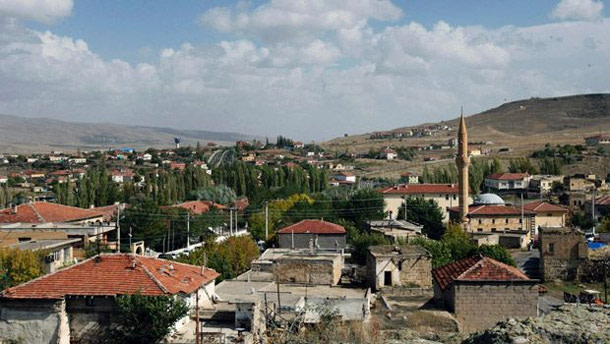 In Dunn County, North Dakota, the roads are paved with a unique danger. Over 300 miles of them are covered with gravel taken from the local North Killdeer Mountains. This rock is rich in a mineral called erionite that behaves not unlike asbestos. Both cause cancer, but according to animal studies, erionite is anywhere from 200 to 800 times more effective at it than its more famous counterpart. Dunn County’s erionite gravel releases small brittle fibres into the air when lightly disturbed. They’re released by wheels driving overhead, the footfalls of pedestrians, or even the gentle scrapes of brooms and rakes. Once airborne, the fibres can find their way into the lungs of passers-by, accumulating in the surrounding cavity (the pleura). There, they cause chronic inflammation and, over time, a type of cancer called mesothelioma. To date, no one in Dunn County has been diagnosed with mesothelioma as a result of erionite, but It is only a matter of time. The firstsuch cases in North America have already been reported. And to see what the future holds, you only have to look 6,000 miles away at the Cappadocia region of Turkey. The villages in this area have been using erionite-rich rock to build their homes for years, and they have suffered for it with an epidemic of mesothelioma. Since the 1970s, this rare type of cancer has been responsible for almost half of all the deaths in three villages - Tuzkoy, Karain and Sarihidir. For comparison, in 2008, the disease only accounted for 0.4% of deaths in the UK. Michele Carbone from the University of Hawaii has been studying the Turkish “cancer villages” for 15 years. His attention turned to North Dakota when Ed Murphy, a state geologist, alerted him to the presence of erionite in the local mountains. Carbone soon learned that Dunn County has been fashioning gravel out of the erionite-containing rock since the 1980s. His team found more than 300 miles of the stuff, including “32 miles of school bus routes, parking lots, playgrounds, and baseball fields”. Carbone toured around Dunn County, measuring the concentrations of erionite fibres in the air. He found higher-than-usual concentrations on roadsides, in school buses and in cars. Sweeping, raking, cycling, driving and walking all released fibres in to the air. These levels were generally lower than those in the most harshly affected Turkish villages, but that’s not especially reassuring. In one instance, erionite levels along the road near a school bus stop exceeded those of equivalent sites in Turkey. Carbone also collected samples of indoor air from a road maintenance garage and a social services office. These buildings had levels of erionite that are comparable to those in Boyali and Karlik, Turkish villages where 6 to 7 percent of people die of mesothelioma. Physically and chemically, the erionite fibres released from Dunn Country roads are very similar to those that cause mesothelioma in the Turkish villages. And their effects were nigh indistinguishable when Carbone tested them on cells taken from the lining around the pleura (the mesothelium, from which mesothelioma gets its name). Both sets of fibres triggered an immune response, with white blood cells flooding to the places where they settled. And both increased the activity of genes that have been linked to asbestos-related cancer. This problem isn’t limited to Dunn County. Erionite deposits are found in at least a dozen US states, particularly in California, Nevada and Oregon. Carbone writes, “We are aware that similar erionite-contaminated gravel was and likely continues to be used in other places, for example in South Dakota.” This is not a problem that can be ignored. In the US, the odds of developing mesothelioma are one or two in a million, rising up to 10 or 15 in a million in states with high levels of asbestos. In the Turkish cancer villages, the odds are one in a hundred. Carbone and his team are trying to help. His colleague Izzettin Baris has been aiding the people of these villages for more than three decades. “He had bought them medicines, school supplies and food, never charging a patient, and he had argued with the administrators in various hospitals that they should provide the villagers with mesothelioma with free medical care,” writes Carbone. The team have worked with the Turkish Ministry of Health to relocate people who are living in the worst affected villages. For example, in 2009, the residents of Tuzkoy were moved to a new village of the same name. Mesothelioma centres have opened nearby to spot the early signs of the disease, and Carbone hopes to launch a clinical trial this year to look for blood chemicals that betray the burgeoning cancers. Dunn County has a rare chance to avoid the same fate. Mesothelioma famously takes many decades to develop. It takes prolonged exposure to asbestos or erionite, and around 30 to 60 years of waiting, before tumours start to show. This massive interval can be a blessing and a curse. It means that there is time to set up measures that limit further exposure and to screen people who might already be affected. But it also breeds scepticism. Some of Dunn County’s residents, particularly those who have lived there for generations, are dubious about the ill effects of their supposedly cancer-causing gravel. Carbone points out that people elsewhere in the world were similarly sceptical about the dangers of asbestos. It took an epidemic of deaths from mesothelioma to change their minds. Only then were preventive measures brought in. Carbone writes, “We hope that the lessons learned from such experiences will help to prevent a possible new wave of MM in the United States that could be caused by erionite.” For more on erionite and Carbone’s work, read the man’s own stirring account of his work in Turkey, as well as Brendan Maher’s superb feature from last year, published in Nature. Reference: Carbone, Baris, Bertino, Brass, Comertpay, Dogan, Gaudino, Jube, Kanodia, Partridge, Pass, Rivera, Steele, Tuncer, Way, Yang & Miller. 2011. Erionite exposure in North Dakota and Turkish villages with mesothelioma. PNAS. http://dx.doi.org/10.1073/pnas.1105887108Image from AP.