A researcher works to destroy cancers before they take shape. 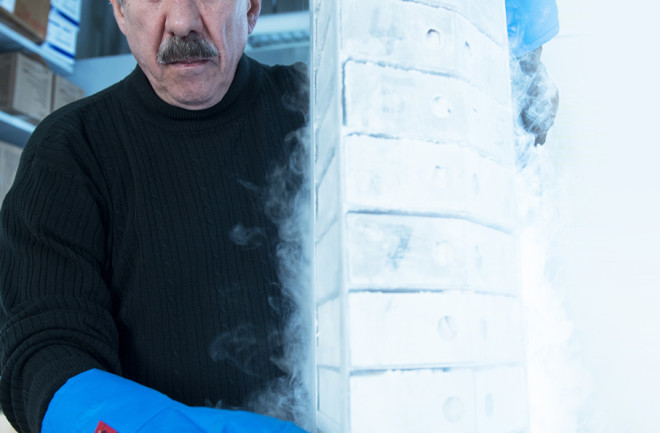 In his 40-plus years as a developmental biologist at the University of Iowa, David Soll studied HIV, yeast infections and white blood cells. But after his wife died from a brain tumor eight years ago, Soll set his sights on cancer.

Using a 3-D software system his lab previously designed to follow cell movement, Soll began tracking human tumor cells — including from breast, skin and brain cancers — photographing them from multiple angles every 10 minutes for up to three months. By studying the 3-D images chronologically, Soll became the first person to witness tumors forming in real time. It turns out that several cancers form tumors in a similar way, and he believes that one drug, yet to be discovered, could inhibit tumor formation in all cancers.

As director of the university’s Developmental Studies Hybridoma Bank — which houses the world’s largest academic collection of biological agents with cancer-fighting potential — he has access to thousands of potential weapons. A hybridoma is the hybrid of a normal cell fused with a cancer cell, and each specific hybridoma produces a unique antibody that could treat different diseases. Soll has tested about 300 cancer antibodies so far, and two have successfully stopped the formation of human tumors in cells suspended in transparent gel. Soll spoke with Discover about tumor formation and the possibility of a cancer cure.

Q: Why use your lab’s technology to study cancer in this way?

A: We wanted to do something unique. We knew we had this beautiful software that could be converted into studying how a model tumor can actually form.

Q: What was it like seeing tumors form in real time?

A: We were blown away. We saw these specialized cells come out of the tumor, make cables, contract and bring [previously existing, surrounding] smaller tumors into the bigger tumor. And they keep doing it as far as they could reach, until all of the little pillars are just one tumor. They seem to know what they’re doing. In other words, it’s not some random thing making the initial tumor. It’s figured out.

Q: You’ve described your connection to the Hybridoma Bank as “serendipity.” Why?

A: We were sitting there, and we just said, “Oh my God, we’re studying cancer and we have these two things! Why don’t we join together the laboratory that does three-dimensional reconstruction and the laboratory that does antibodies?” It’s just total serendipity that I had ended up running the Hybridoma Bank and also had the software to do this stuff.

Q: Has your research changed your opinion about whether it’s possible to cure cancer?

A: I not only believe that you can cure cancer, but I believe in the idea of commonality — curing all cancers the same way. We’re looking for a magic bullet. And when you say “magic bullet,” every cancer guy cringes because they think you’re full of shit. But I’ve never seen such commonality before for such behavior that has to do with cancer.

Q: How might this be used in humans one day?

A: It could be used to stop metastasis, the spread of cancer. You could start injecting this stuff to prevent any new tumors from forming while you’re undergoing radiation and chemo. This does not stop the original cancer from happening. If we found an original tumor or a tumor that is just starting, we’ll stop them from growing, while other [reliable] therapies would actually kill [cancer] cells. — Lisa Fields