Tumor Cells Get Hooked on Cancer Drugs, Meet Their Demise 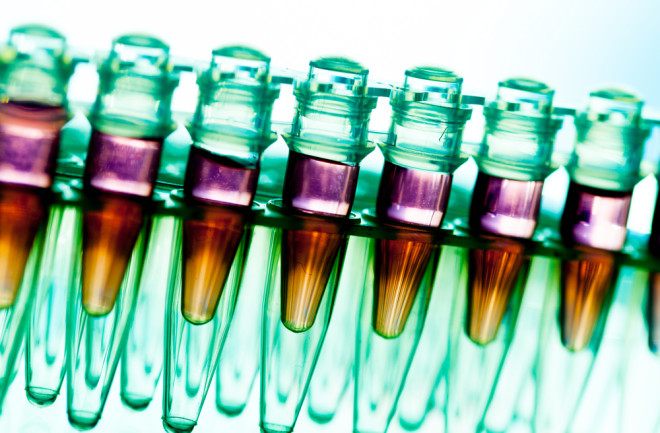 (Credit: science photo/Shutterstock) Cancerous tumor cells get addicted to the very drugs meant to eradicate them. It's an ironic twist in the field of cancer treatment. A small percentage of tumor cells can possess a resistance to cancer-fighting drugs, rendering treatments ineffective. These few cells usually possess a mutation that renders them immune, but the protection comes at a cost. To withstand the drug regimen, the cells must alter their metabolisms to adapt to the new environment. This effectively makes them reliant on the cancer drugs for survival, and when the treatment is cut off, they will die.

This kind of addiction has been noted before by cancer researchers, and so-called "drug holiday" regimens involve periodically halting drug regimens to kill off addicted cells. Now, researchers from the Netherlands Cancer Institute say they have found the genetic underpinnings of cancer drug addiction in melanoma and used their insights to improve upon previous treatments for the disease. Working mostly with samples of tissue in the lab, they used CRISPR gene editing technology to systematically knock out genes in cancerous melanoma cells that had proven to be addicted to a cancer drug. They were looking to see which of the modified cells would survive when they took away the drug, revealing which genes were implicated in addiction. They ended up finding three genes that encode for proteins in melanoma that are also involved in cancer drug addiction. Turning off these genes cures their addiction, but it also allows researchers to exploit this weakness. The researchers gained a better understanding of how this works, and it seems to have to do with a special trait that melanoma cells have. They can switch from growth mode to attack mode by altering how their genes are expressed, something that helps make melanoma so dangerous. The cells that died of drug addiction had switched into attack mode when the drug was removed, but researchers aren't sure how this contributed to cell death. They published their findings Wednesday in Nature.

They also noticed that addicted cells seem to accumulate damage to their DNA when treatment is stopped, and the finding could lead to more effective treatments that capitalize on benefits from drug holidays. "The idea is to discontinue treatment once tumor cells have become addicted, and then exploit the accumulation of DNA damage by applying a specific second treatment, which serves to worsen DNA damage to the extent that the tumor cell can no longer cope with it," says project leader Daniel Peeper in an email. In preliminary experiments, they applied a chemotherapy drug to tumor cells after the initial treatment had stopped, and found that the one-two punch was much more effective. Based on the mechanism of action his team uncovered, Peeper hopes to identify drugs that could prevent DNA repair, and provide more targeted cancer treatments. Drug addiction in cancer cells seems to be fairly common, although Peeper says there has been no systematic study of it to date. They did also perform tests with a type of lung cancer, and received similar results, indicating that the drug addiction mechanism may be present in many tumor types. There is also evidence that DNA-damaged tumor cells, like those weakened by drug addiction, may be more susceptible to attacks by the immune system, according to Peeper. Given recent advances in the field of immunotherapy, a range of treatments that rallies the immune system to fight tumors, he sees the possibility for future work combining the two.