“True Love” May Change a Woman’s Sense of Smell 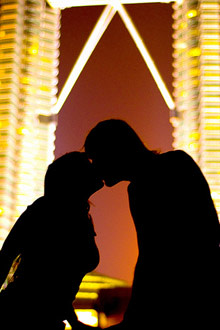 Millions of Americans can’t smell, and there's no treatment or cure for it. And if you’re on the pill, you may even have trouble sniffing out a good mate! But new research shows that falling in love can also alter a woman’s sense of smell, suggesting that smell serves as an evolutionary mechanism that reinforces monogamy. Johan Lundstrom, primary investigator at the Cognitive Neuroimaging Laboratory at Monell Chemical Senses Center, found that when women are deeply in love, they lose some of their ability to differentiate the smells of their male friends. To test this theory, Lundstrom took 20 female volunteers and measured how in love they were by having them fill out a questionnaire called the Passionate Love Scale. The women were asked to rate their feelings on a scale of 1 to 9 for questions such as:

I sense my body responding when [BOYFRIEND] touches me.

Sometimes I feel I can’t control my thoughts; they are obsessively on [BOYFRIEND].

I’d get jealous if I thought [BOYFRIEND] was falling in love with someone else.

Lundstrom then gave a T-shirt to each of the women’s boyfriends, one female friend, and one male friend, in order to collect body odor samples. The female friends, boyfriends, and male friends had to sleep with the same shirt for a week (alone, with no pets, plus they were put on a special diet with no garlic, spicy food, or asparagus). The women were then asked to identify their boyfriend’s body odors from the samples, and to rate how confident they were that their choice was correct. In seven trials, the women were given three choices of smells (their boyfriend’s smell versus two other women’s boyfriends) and were asked to pick which one was their boyfriend’s. On average, the women scored a 5.2 out of 7. When the women were asked to differentiate the smell of their female friend’s odors from two female strangers, they were able to pick out their friend 4.7 out of 7 times on average. When asked to do the same for their male friend, they scored a 4.6. While the results seem less than overwhelming, Lundstrom insists the interesting part of the study is that the more in love the women were with their boyfriends, the less able they were to pick out their male friends’ scents. The three women who said they were the most in love couldn’t identify any of their male friends’ smells. Related Content: Discoblog: Dating a Dud DISCOVER: I Smell, Therefore I Think DISCOVER: Review of What The Nose Knows 80Beats: Artificial Nose 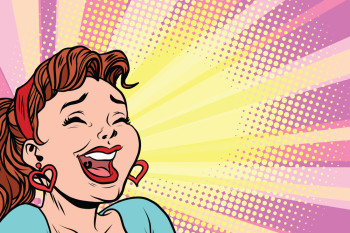 What Your Sense of Humor Says About Your Mental Health 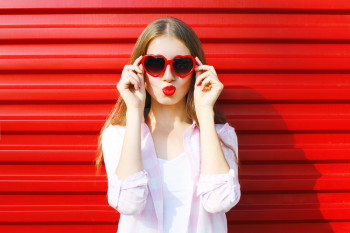 Are Humans Wired to Find the Color Red Seductive?