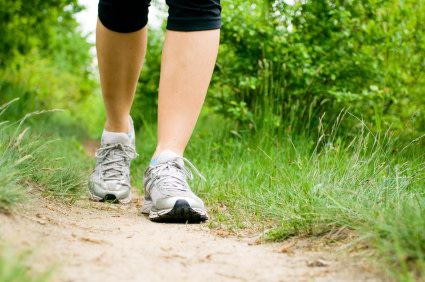 When doctors want a clue to which seniors might have many years still ahead of them—and who might be in trouble—it seems one of the best pieces of evidence could be simply how fast the person walks. That's the conclusion of a study by University of Pittsburgh scientists published this week in the Journal of the American Medical Association. The work reviewed the results of nine other studies over the years that included more than 34,000 people aged 65 or older. When they tallied the total results, the numbers jumped off the page:

The results aren't a huge surprise ("duh" comes to mind). The researchers note that walking is controlled falling, involving fine muscle control and the synchronicity of several systems:

And when older people are "slowing down," we know that it's not a good sign. But common sense must be checked out scientifically:

"It's a real part of the human experience to see that when someone slows down with age, they may not be doing as well as they once were," said lead researcher Dr. Stephanie Studenski. "One of the major goals of this study was to quantify this experience for practical and clinical purposes."

Indeed, the large pool of data Studenski's team assembled shows the gait speed-longevity correlation nicely. The difficulty is, it's just that: a correlation. Walking a brisk pace isn't the direct cause of some older people living longer; rather, it would seem to be symptomatic of good mental and physical health. Exactly how those factors interact to increase longevity is a much more complex question. For instance, if a person finds themselves in the "slowing down" group, can they extend their life by picking up the pace?

There's little evidence to show that revving things up means living longer either, though in one previous study Studenski's team did show that people who improved walking speed over a one-year period had a better chance of survival over the following eight years compared to people who didn't speed up. And even though Studenski says there's more proof needed before it can be said that cultivating a livelier step translates to additional years, she still thinks that working on physical fitness as you age is a good idea. [ABC News]

80beats: What Can Centenarians’ Genes Tell Us About Getting Old?

80beats: Age-Reversing Drugs on the Horizon? Not So Fast