To Keep to Your Diet, Pretend You're Constantly Breaking It 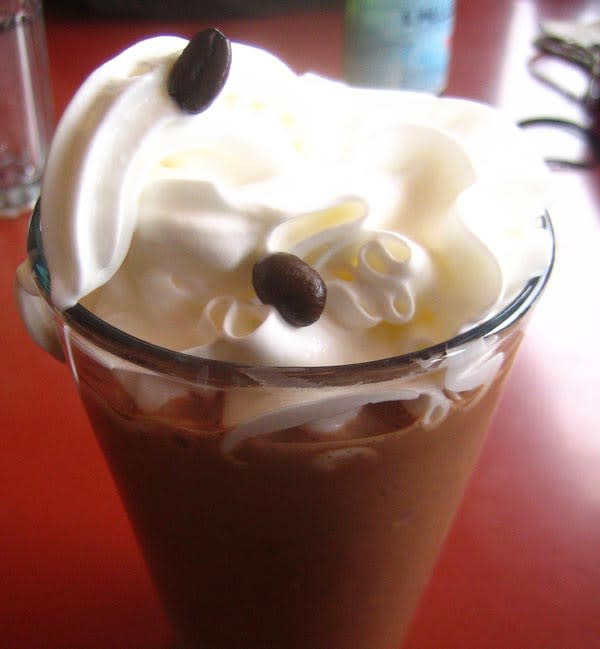 Is this milkshake better than yours?

Congratulating yourself on that calorie-conscious salad might just make you feel hungrier, scientists are now finding---better to close your eyes, take a bite, and pretend you're eating ice cream. We've already heard in recent years that eating imaginary M&Ms or cheese cubes can give you some of the satiety of the real thing

, researchers found that contrary to popular belief, imagining eating such foods in vivid detail actually made subjects eat fewer M&Ms, cheese chunks, and so on. Now, scientists have found

that if you believe a shake is low in calories, you'll feel less satisfied than people who think the shake was an indulgence, even when you're both drinking the same shake. What gives? The team (from Yale's Rudd Center for Food Policy and Obesity

) told subjects that a 380-calorie shake had either an indulgent 620 calories or a prudent 140 calories. Then they checked to see what effect that had on subjects' blood levels of ghrelin

, a hormone that triggers hunger and is high before meals and low after. They found that ghrelin didn't subside afterwards in people who thought they were having a virtuous drink, while it dropped through the floor in people who thought they'd had a treat. The subjects' reports of how satisfied they felt supported this split. What's going through your head when you eat, then, has a direct effect on your biochemistry. It definitely suggests some new approaches to dieting, like berating yourself for eating celery sticks in an effort to make them seem more luxurious and satisfying. But it's not clear if lying to yourself is as effective as having other people lie to you. And believing that you are constantly eating poorly might have other psychological side effects, one supposes. Besides: how satisfying is your life overall if you spend all your time eating imaginary candy in an effort to avoid the real thing? (via New Scientist