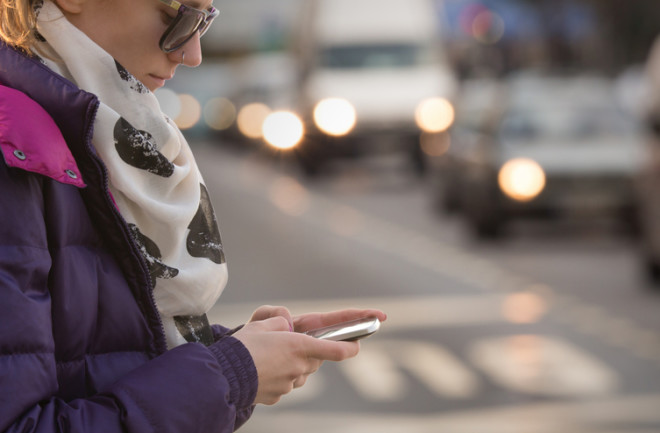 (Credit: AstroStar/Shutterstock) Cell phones ride in our pockets or purses everywhere we go, which makes them a powerful tool for monitoring explosive epidemics. Epidemiologists rely on computer models to simulate the spread of disease and determine how best to intervene, and tracking human movement is key to accomplishing this two-headed task. Now, a team of researchers says mobile phone records can provide better data about population movements, which in turn helps produce more accurate epidemic models. To prove this approach can work, researchers compiled cell phone records, from 2013, generated by 150,000 users in Senegal to track population movements and model a cholera epidemic that ravaged the country in 2005.

In a place like Senegal, getting good data on how people move around and spread disease can be a problem. One current method, called a gravity model, estimates how many people will move between two cities based on each city’s population and the distance between them. “It is not very accurate, but in many cases, when information such as mobile phone data or traffic counts are not available, it is our best guess to quantify the number of moving people,” says Flavio Finger of the École Polytechnique Fédérale Lausanne in Switzerland. Cell phones are nearly ubiquitous in Senegal, and every time a mobile phone user makes a call or sends a text, the service provider records which cell tower the user’s phone connected to, along with a timestamp. “It is thus possible to track the movement of cell phone users as they advance from antenna to antenna,” Finger and his colleagues wrote in a study published Monday in the Proceedings of the National Academy of Sciences. Sonatel, the country’s largest mobile service provider, temporarily released an anonymized set of records in 2014 as part of a government-sponsored “Data for Development” challenge. Individually, those records raise some important questions about privacy, but when mobile service providers turn them into anonymous, aggregate records for thousands of people, they become a high-resolution tool for tracking population movements without compromising individual privacy.

Finger and his colleagues used cell phone records from 2013 to track population movements within the country that year. During the outbreak in 2005, Diourbel’s population swelled to six times its normal size as 2 million people poured into the region for the Grand Magal de Touba, a major Sufi Muslim religious pilgrimage. A similar spike occurred during the Touba in 2013. The timing of that population surge in 2013 paralleled a sudden flare in the 2005 cholera epidemic around the time of the Grand Magal. Finger and his colleagues plugged the 2013 cell phone data into a model developed after the 2010 Haiti epidemic, which also included data on the number of cases of cholera in the preceding months, along with other factors, like rainfall. “The model accurately reproduced the important peak of cases in Diourbel coinciding with the Grand Magal de Touba,” they wrote, “as well as the spread of the disease throughout Senegal by pilgrims returning to their homes.” As those 2 million people returned home, some of them carried cholera with them. Armed with the mobile phone records that showed the pilgrims’ routes home in 2013, the model reproduced the real-world spread of the cholera epidemic to ten of the country’s eleven arrondissements with returning pilgrims in 2005. And according to the model, if authorities had managed to reduce contamination in Touba by just 10 percent during the 2005 Touba, they could have reduced the number of cholera cases by 23 percent in Diourbel and 18 percent across Senegal.

The model constructed by Finger and colleagues is a higher resolution glimpse at the dynamics of an epidemic, but it still has its flaws. For one, the model used cell phone data that wasn’t compiled in the same year as the cholera outbreak, which means there could be variations. And although cell phones are quite popular in Senegal, they are still owned by wealthier citizens in the country, which means the model may not account for the poorest people in a population sample. Of course, service providers also have compelling reasons to be cautious about sharing their data, so it’s not a method that can easily be deployed in the midst of an epidemic. “The data have a potential economic value for other applications, and also contain information about the network and the number of subscribers in different areas, which they don't want to get into the hands of their competitors,” explains Finger. If mobile service providers manage to work out a long-term agreement with the scientific community, they’ll have to agree on what kind of data to share and how it should be processed, and they may use a non-governmental organization as a mediator. In the meantime, Finger and his colleagues are working to create a version of the model that can be deployed rapidly as soon as an outbreak starts. “We are also working with organizations that actually deploy interventions in the field to better understand their needs and to make sure that our modelling tools can actually guide outbreak response within a few years,” he said.