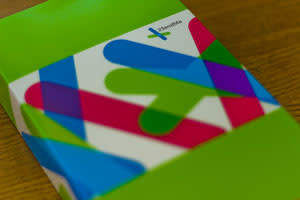 When people talk about how genetics testing is paving the way for personalized medicine, there's a subtext that's not always made clear: that's personalized medicine for Northern Europeans and their descendants. Non-whites are hugely underrepresented in most collections of genomes, which means if you're Asian or African, it's hard to say what genetic predispositions you might have to certain diseases, or how you will react to drugs that target certain forms of enzymes, for example. It also means that products from personal genetics companies like 23andMe aren't much use if your family didn't hail from Europe

: when, as Razib Kahn noted over at Gene Expression

a few weeks ago, the company has 56,000 Northern Europeans on file and only 1,000 African-Americans, why shell out $99 for test that won't show you meaningful correlations, and might only scare you with false prophecies of early death? (Things are slightly better if you have Asian heritage--23andMe has 6-9 times as many Asians as African Americans, depending on how you define it. But it's not clear how having genes from both Europe and Asia, for example, would work in terms of interpreting tests.) It's a problem that's been on many people's minds, for reasons of both equality in personalized medicine and (presumably) good business, and now 23andMe

has announced that it will genotype the first 10,000 African Americans who sign up under their new project, Roots into the Future, for free

. Sounds exciting, and they already have about 1,000 people signed up. But some coverage has pointed out that they'll have to overcome some African Americans' cultural aversions to establishment medicine

(for the chilling and very real roots of that fear, see the Tuskegee syphilis experiment

), and may have to contend with people who aren't African American sneakily submitting their DNA to get tested for free. The latter problem, at least, may be easily overcome, Razib points out: see here

for lots of cool chartage explaining why.