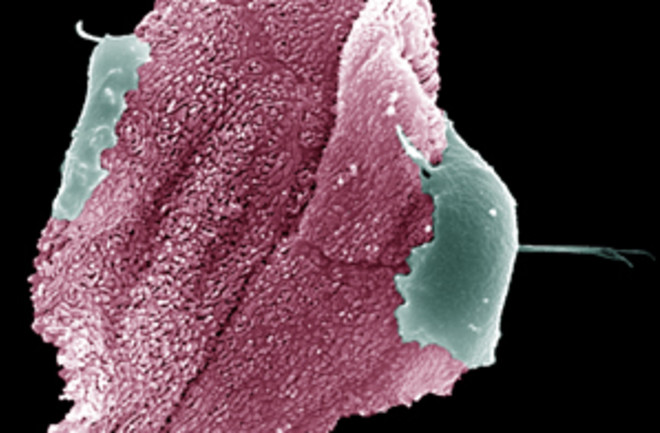 An international team of more than 60 researchers got a shock when they published a draft of the genome of Trichomonas vaginalis, one of the world’s most common sexually transmitted infections. Because T. vaginalis is a tiny single-celled protozoan that must hijack human cells to survive, it was expected to have a rather paltry genome. As it turns out, T. vaginalis has an astounding three times as many genes as its human host. “There was 10 times as much DNA as we originally thought there would be,” says Jane Carlton, who led the project while at the Institute for Genomic Research in Rockville, Maryland. No one is quite sure what all those genes are for, says Carlton. The parasite’s genome isn’t really that complex; it’s just repetitive. The recurring elements may relate to T. vaginalis’s evolution away from its ancestral home in the human intestine. “When the parasite moved from the intestinal tract to the urogenital tract, it increased in size, which may have something to do with the considerably expanded genome,” she says.