Tiny dogs are freaks of evolution 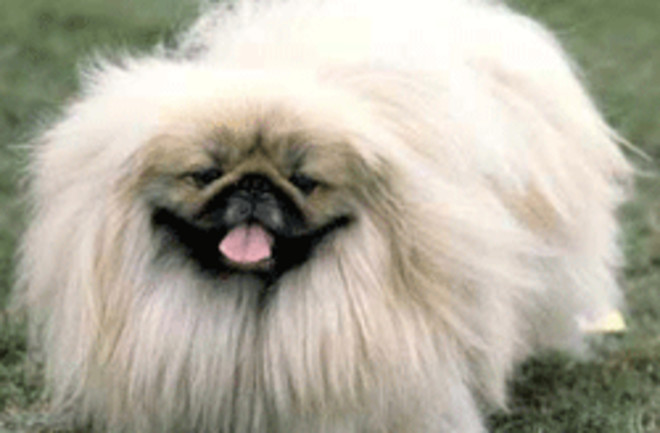 Sometimes scientists report on research which clarifies what we already know. 'Survival of the Cutest' Proves Darwin Right:

The study, published in The American Naturalist on January 20, 2010, compared the skull shapes of domestic dogs with those of different species across the order Carnivora, to which dogs belong along with cats, bears, weasels, civets and even seals and walruses. It found that the skull shapes of domestic dogs varied as much as those of the whole order. It also showed that the extremes of diversity were farther apart in domestic dogs than in the rest of the order. This means, for instance, that a Collie has a skull shape that is more different from that of a Pekingese than the skull shape of the cat is from that of a walrus. ... Dr Drake explains: "We usually think of evolution as a slow and gradual process, but the incredible amount of diversity in domestic dogs has originated through selective breeding in just the last few hundred years, and particularly after the modern purebred dog breeds were established in the last 150 years." ... Domestic dogs don't live in the wild so they don't have to run after things and kill them -- their food comes out of a tin and the toughest thing they'll ever have to chew is their owner's slippers. So they can get away with a lot of variation that would affect functions such as breathing and chewing and would therefore lead to their extinction. "Natural selection has been relaxed and replaced with artificial selection for various shapes that breeders favour." ... The team divided the dog breeds into categories according to function, such as hunting, herding, guarding and companion dogs. They found the companion (or pet) dogs were more variable than all the other categories put together. ... According to Drake, "Dogs are bred for their looks not for doing a job so there is more scope for outlandish variations, which are then able to survive and reproduce."

It is well known that feral dogs don't usually look like Pekingese. Seeing as how strange looking small dogs often evoke hostility on the part of humans who are not their owners, the critical role of their owners in keeping these morphs around is self-evident. By contrast working dogs tend to look more "normal." The difference is like contrasting the haute couture you'd see during fashion week, and the kind of apparel you'd actually wear in real life. As noted by the researchers above, skull shape is probably the tip of the ice berg. There's a lot of behavioral variation in dogs, no one would confuse a pitbull with a golden. Finally, I think one big picture analogy might be our own species, who are quite possibly self-domesticated.... The paper will be out in a few days in The American Naturalist.