They really do hate us: "small dog" haplotype from the Middle East 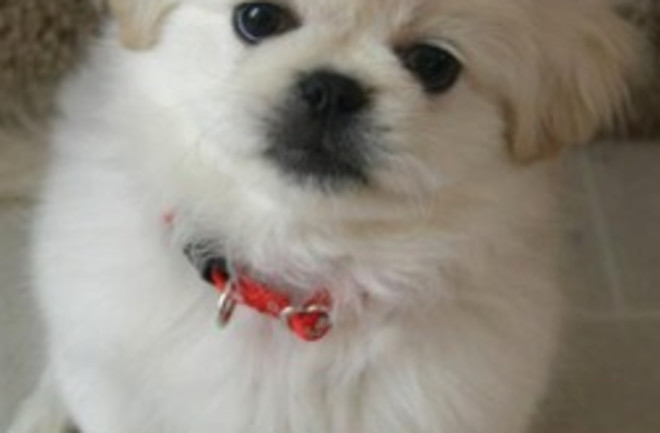 Background A selective sweep containing the insulin-like growth factor 1 (IGF1) gene is associated with size variation in domestic dogs. Intron 2 of IGF1 contains a SINE element and single nucleotide polymorphism (SNP) found in all small dog breeds that is almost entirely absent from large breeds. In this study, we surveyed a large sample of grey wolf populations to better understand the ancestral pattern of variation at IGF1 with a particular focus on the distribution of the small dog haplotype and its relationship to the origin of the dog. Results We present DNA sequence data that confirms the absence of the derived small SNP allele in the intron 2 region of IGF1 in a large sample of grey wolves and further establishes the absence of a small dog associated SINE element in all wild canids and most large dog breeds. Grey wolf haplotypes from the Middle East have higher nucleotide diversity suggesting an origin there. Additionally, PCA and phylogenetic analyses suggests a closer kinship of the small domestic dog IGF1 haplotype with those from Middle Eastern grey wolves. Conclusions The absence of both the SINE element and SNP allele in grey wolves suggests that the mutation for small body size post-dates the domestication of dogs. However, because all small dogs possess these diagnostic mutations, the mutations likely arose early in the history of domestic dogs. Our results show that the small dog haplotype is closely related to those in Middle Eastern wolves and is consistent with an ancient origin of the small dog haplotype there. Thus, in concordance with past archeological studies, our molecular analysis is consistent with the early evolution of small size in dogs from the Middle East.

If you read The Origin of Species you know that the origin of the domestic dog has long been of interest to biologists. Charles Darwin leaned toward the proposition that modern dog breeds derive from a wide range of canids, but the more recent genetic work seems to imply one domestication from gray wolves, though the details are still to be worked out. Interest in the evolutionary history of dogs is not just academic, as a medium-sized mammal with a wide phenotypic range and a likely recent radiation, dogs are looked to as a possibly fruitful animal model in exploring the relationships of human diseases and genes. This paper notes that though recent genomic work utilizing mtDNA pinpoints the origin of domestic dogs to East Asia, this does not comport with the archaeological evidence. Though the preponderance of evidence seems to lean toward a single-origin model, there may be detailed nuances due to the interfertility of domestic dogs and gray wolves which will always complicate the picture (it is a matter of debate whether dogs are really just a morph of wolves, or a separate species altogether). In this paper the authors focused on a major phenotypic difference among dogs, size, and its localization in terms of genetic control to a QTL which overlaps with the IGF1 locus (insulin-like growth factor). It doesn't look like they know exactly what's going on here around IGF1 (e.g., what exact SNP is doing exactly what in a molecular genetic sense to produce variation in dog size), but, they do conclude that: 1) The "small-dog" seems to have arisen once soon after domestication. 2) The "small-dog" genetic variant seems to have arisen out of a genomic region which is relatively closely related to the IGF1 locus in Middle Eastern wolves. Here's a PC chart showing relationships around IGF1 for various canids. The underlying variance is derived from a 94 bp dog-derived SNPs spanning IGF1. In other words, this particular chart illustrates variation around a particular genomic region, not the total genome.

Around PC 1 you can see the relationship between dogs and in particular Middle Eastern wolves. A neighbor-joining tree shows the relationships between some of the haplotypes by breed, species and region (the higher Hap numbers are wolves):

The explanation of how these Middle Eastern derived small dogs arose in a evolutionary genetic sense seems a bit muddled to me, but I think that's the point. Because of the relative closeness of dogs and wolves, and the fact that they can breed and produce fertile offspring, I think relying on either/or models is going to be problematic. As for why small dogs arose in the Middle East, the authors have an explanation:

... As well as providing information about population history, genes controlling morphological traits can provide direct information about the selective and cultural context of domestication. Small size could have been more desirable in more densely packed agrarian societies where dogs may have lived partly indoors or in confined outdoor spaces....

The Middle East has the oldest history of agriculture and city-life in the world. In some ways small dogs can be thought of as cats with a more servile attitude; terriers originated as ratters. This I think is a convincing story of why small dogs might have emerged in the Middle East first. If the subsequent spread of small dogs was purely diffusion-based, as suggested by the genetic variation of IGF1 (there's only one family of variants which results in a small dog, implying singular origin), that has implications for our ideas of how human cultures evolve. Instead of local small dog varieties emerging to fill the vermin-controlling niche, small dogs of Middle Eastern provenance seem to have spread their particular genetic architecture across the world. Note: Since I started blogging, my attitudes toward small dogs have changed, and I am more positively inclined toward them. But it is probably funnier and more popular to hate on small dogs, so I'll continue to strike that pose for the sake of blogging. Citation BMC Biology 2010, 8:16 doi:10.1186/1741-7007-8-16