The Wonderful World of E. Coli

Carl Zimmer looks inside the dangers—and wonders—of one remarkable bacterium. 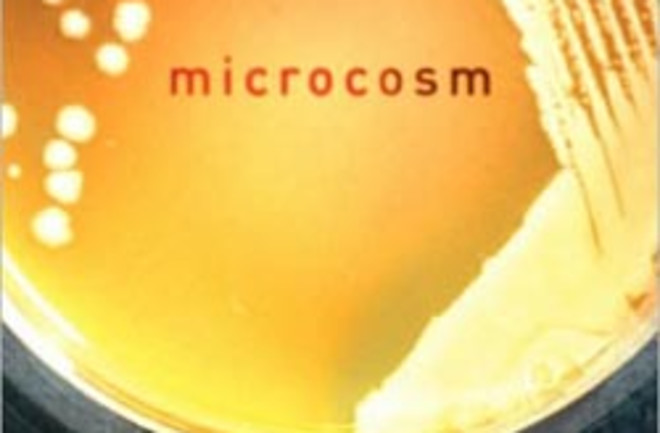 Microcosm: E. coli and the New Science of Life

E. coli makes me sick. And that’s not all it does. The minuscule, cigar-shaped bacterium can survive on a diet of TNT. It can band into factions and wage war—complete with chemical weapons and suicide bombers—against its enemies. It can be used to build a camera or be fashioned into a microscopic factory that churns out drugs and maybe even biofuels. And it bears a striking resemblance to the Internet.

The microbe, notorious for its disease-causing variants that sometimes hitch rides on spinach leaves and undercooked hamburger meat, is actually an integral part of intestinal ecology. Harmless versions of E. coli swarm by the trillion in every healthy human’s gut and can outnumber a newborn’s own cells by ten to one. Doctors have even been known to inoculate premature infants with protective strains to ward off infection by pathogens.

Scientists may understand E. coli better than any other critter on the planet. Experiments on it have illustrated what genes are made of, confirmed Darwinian evolution, and helped sequence the human genome. With Microcosm, this award-winning science writer has turned out an illuminating biography of one of biology’s most influential—and underappreciated—players.