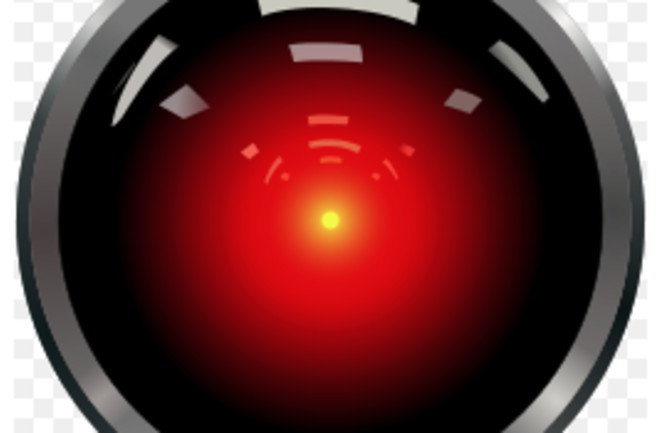 Credit: CryteriaHappy Thanksgiving (if you are an American)! It's been a busy few days in the world of personal genomics. By coincidence I have a coauthored comment in Genome Biology out, Rumors of the death of consumer genomics are greatly exaggerated (it was written and submitted a while back). If you haven't, please read the FDA's letter, and 23andMe's response, as much as there is one right now. Since Slate ran my piece on Monday a lot of people have offered smart, and more well informed, takes. On the one hand you have someone like Alex Tabarrok, with "Our DNA, Our Selves", which is close to a libertarian cri de coeur. Then you have cases like Christine Gorman, "FDA Was Right to Block 23andMe". It will be no surprise that I am much closer to Tabarrok than I am to Gorman (she doesn't even seem to be aware that 23andMe offers a genotyping, not sequencing, service, though fuzziness on the details doesn't discourage strong opinions from her). An interesting aspect is that many who are not deeply in the technical weeds of the issue are exhibiting politicized responses. I've noticed this on Facebook, where some seem to think that 23andMe and the Tea Party have something to do with each other, and the Obama administration and the FDA are basically stand-ins. In other words, some liberals are seeing this dispute as one of those attempts to evade government regulation, something they support on prior grounds. Though Tabarrok is more well informed than the average person (his wife is a biologist), there are others from the right-wing who are taking 23andMe's side on normative grounds as well. Ultimately I'm not interested in this this argument, because it's not going to have any significant lasting power. No one will remember in 20 years. As I implied in my Slate piece 23andMe the company now is less interesting than personal genomics the industry sector in the future. Over the long term I'm optimistic that it will evolve into a field which impacts our lives broadly. Nothing the United States government can do will change that. Yet tunneling down to the level of 23andMe's specific issues with the regulatory process, there is the reality that it has to deal with the US government and the FDA, no matter what the details of its science are. It's a profit-making firm. Matt Herper has a judicious take on this, 23andStupid: Is 23andMe Self-Destructing? I don't have any "inside" information, so I'm not going to offer the hypothesis that this is part of some grand master plan by Anne Wojcicki. I hope it is, but that's because I want 23andMe to continue to subsidize genotyping services (I've heard that though 23andMe owns the machines, the typing is done by LabCorp. And last I checked the $99 upfront cost is a major loss leader; they're paying you to get typed). I'm afraid that they goofed here, and miscalculated. As I said above, it won't make a major difference in the long run, but I have many friends who were waiting until this Christmas to purchase kits from 23andMe. Then there are "the scientists," or perhaps more precisely the genoscenti. Matt Herper stated to the effect that the genoscenti have libertarian tendencies, and I objected. In part because I am someone who has conservative and/or libertarian tendencies, and I'm pretty well aware that I'm politically out of step with most individuals deeply involved in genetics, who are at most libertarian-leaning moderate liberals, and more often conventional liberal Democrats. Michael Eisen has a well thought out post, FDA vs. 23andMe: How do we want genetic testing to be regulated? Eisen doesn't have a political ax to grind, and is probably representative of most working geneticists in the academy (he is on 23andMe's board, but you should probably know that these things don't mean that much). I may not know much about the FDA regulatory process, but like many immersed in genomics I'm well aware that many people talking about these issues don't know much about the cutting edge of the modern science. Talk to any geneticist about conversations with medical doctors and genetic counselors, and they will usually express concern that these "professionals" and "gatekeepers" are often wrong, unclear, or confused, on many of the details. A concrete example, when a friend explained to a veteran genetic counselor how my wife used pedigree information combined with genomic data to infer that my daughter did not have an autosomally dominant condition, the counselor asserted that you can't know if there were two recombination events within the gene, which might invalidate these inferences. Though my friend was suspicious, they did not say anything, because they were not a professional. As a matter of fact there just aren't enough recombinations across the genome for an intra-genic event to be a likely occurrence (also, recombination likelihood is not uniformly distributed, and not necessarily independent, insofar as there may be suppression of very close events). And this was a

Additionally, there are the two major objections to 23andMe's service which some on Twitter have been pointing me to. First, they return results which are highly actionable. The FDA explicitly used the example of a woman who goes and gets a mastectomy due to a 23andMe result. I don't think this is a very strong objection. No doctor would perform a mastectomy based on 23andMe results. So that's not an issue. Then there are those who allude to psychological harm. This could be a problem, but 23andMe has multiple steps which make it so that you have to proactively find out information on these sorts of diseases. Call me a libertarian if you will, but I object on principle to the idea that medical professionals necessarily have to be involved in the dissemination of information about my own genome as a regulatory matter. Obviously when it comes to a course of treatment they will be consulted, and no doubt there will be replications of any actionable results. But I don't trust the medical sector to be populated by angels. To illustrate why I don't trust medical professionals to always behave out of the goodness of their hearts, consider that deaths from hospital infections started dropping sharply when Medicare stopped paying for treating these infections. Workers in the health care sector do care about patients, but even here incentives matter, and the human cognitive budget is such that they can shift the outcomes greatly by reminding nurses and doctors that washing hands is going to impact the bottom line (the reality is that hospitals probably instituted much stricter measures). What does this have to do with personal genomics? You are our own best advocate, and one of the major reasons that those in higher socioeconomic strata have better health outcomes is that they are so much less passive as patients. The more detailed the information you have on your own health, the better you can advocate and be involved in the decision-making process. And the reality is that with dropping prices in sequencing, and the ability to design software to do interpretation, without draconian measures there's almost nothing the United States government will be able to do to prevent anyone with a moderate amount of motivation from getting this sort of information. A second objection is that the SNPs returned are of small and very probabilistic effect. This is embedded in issues regarding the "missing heritability" and the reality that most complex diseases are due to many factors. Because of the small effect size, and until recently, small sample sizes, this literature has been littered with false positives, which passed arbitrary statistical thresholds. The argument then boils down to the reality that 23andMe in many cases is not really adding any informative value. If that's the case though then why the urgency to regulate it? Horoscopes and diet books do not add informative value either. This problem with small effect SNPs is widely known, so bringing it up as if it is revelatory is rather strange to me. Additionally, as Eric Lander and others have pointed out the locus which helped us discover statins is of very small effect. As long as they're not false positives, small-effect SNPs are likely a good way to go in understanding biological pathways for pharmaceutical products. But that doesn't speak to the risk prediction models. I think there the possibilities are murkier even in the long run because

. Even if we have massive GWAS with sample sizes in the millions and 100x whole-genome coverage (this will happen), the environmental factors may still be significant enough that researchers may balk at definitive risk predictions. Ultimately where I think personal genomics is going is alluded to in the Genome Biology piece: as part of a broader suite of information services, probably centralized, filtered, and curated, by a helper artificial intelligence. What cognitive science and behavioral economics are telling us is that individuals operate under mental budget constraints. Dan MacArthur is probably right that personal genomics enthusiasts overestimated how involved the average person on the street was going to want to get in terms of their own interpretations of returned results. The reality is that even genetic counselors can barely keep up. Someday the field will stabilize, but this is not that day. But overall the information overload is going to get worse and worse, not better, and where the real upside, and game-changer, will be is in the domain of computational tools which helps us make decisions with a minimum of effort. A cartoon model of this might be an artificial intelligence which talks to you through an ear-bud all day, and takes your genomic, epigenomic, and biomarker status into account when advising you on whether you should pass on the dessert. But to get from here to there is going to require innovation. The end point is inevitable, barring a collapse of post-industrial civilization. The question is where it is going to happen. Here in the United States we have the technology, but we also have cultural and institutional road-blocks to this sort of future. If those road-blocks are onerous enough it doesn't take a genius to predict that high-tech lifestyle advisement firms, whose aims are to replace the whole gamut of self-help sectors with rationally designed applications and appliances, will simply decamp to Singapore or Dubai. Personal genomics is a small piece of that. And 23andMe is a small piece of personal genomics. But they are not trivial pieces.