The Swine Flu Virus Is Evolving. Are We Paying Enough Attention? 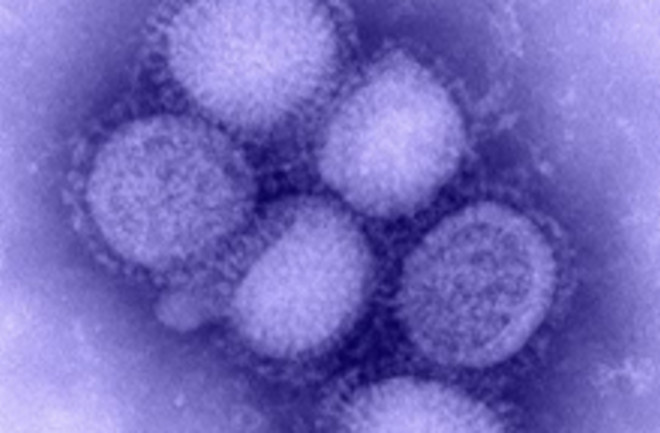 It's still out there, you know. A study out today in the journal Science tracks the path of swine flu, which may have receded from the forefront of humanity's attention but hasn't quit mixing and moving and making ready. The scientists led by virologist Malik Peiris say the flu virus that the world feared last year has gone back into pigs in China, where it's laying down and recombining its genetics with other flu strains. And, they say, we're not sufficiently monitoring the danger of a new strain jumping back to people.

“Just because we’ve just had a pandemic does not mean we’ve decreased our chances of having another,” said Dr. Carolyn B. Bridges, an epidemiologist in the flu division of the Centers for Disease Control and Prevention. “We have to stay vigilant" [The New York Times].

Re-assortment, in which a virus picks up new genetic material, is scientists' major worry. As I wrote during the swine flu scare last year

, RNA viruses like the flu are especially prone to mixing. That's what happened to produce the new strain Peiris and colleague Yi Guan found.

Peiris and Guan found the new strain in January in a Hong Kong slaughterhouse, where they regularly sample pigs arriving from farms in southeast China. It contains a gene from the pandemic swine flu, plus genes from the two strains that originally mixed to create the pandemic flu. Having sequenced the new strain’s genes, the researchers recreated it in a laboratory and exposed it to pigs. The strain proved contagious but only mildly virulent [Wired.com].

Peiris says we don't know exactly what mixing is happening or if and when a new virus will jump back to people. But we can count on the fact that Hong Kong isn't the only place it's happening. That's why we need to keep a closer eye on the world's pigs than we are now.

"We're not saying this particular virus is a huge threat or that people should stop eating pork," he said, "but that this is likely happening in other places in the world. And there could be other combinations arising that could pose a threat to human health" [National Geographic].

Related Content: DISCOVER Video: No Swine Flu Parties! (They don't do any good)

80beats: Swine Flu Goes Deeper Into the Body Than Regular Flu–Even Into Intestines

DISCOVER: Swine Flu Was a Warning Shot. How Can We Do Better Against the Next Pandemic?