The science of basketball players on a hot streak. 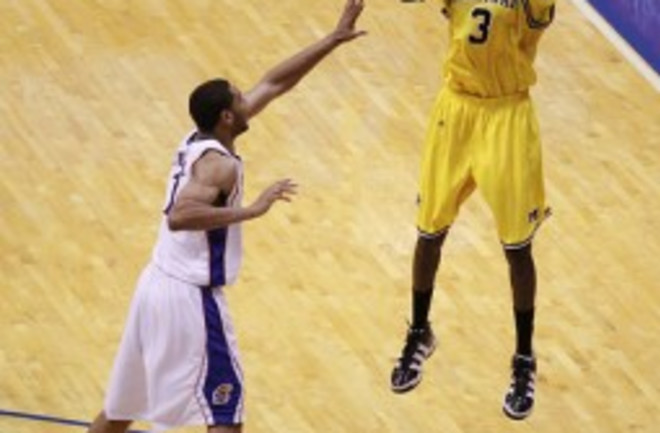 Photo: flickr/rrescotIs there such a thing as a hot streak in sports? Science says no, but according to this paper, basketball players and coaches certainly believe there is. By carefully studying the records for a full season of the NBA, the author found that a belief in "hotness" has a big influence on how the game is played, from how the next shot is taken to whether a player is replaced. I always wondered whether people in sports are superstitious...Perceived Hotness Affects Behavior of Basketball Players and Coaches. "Although "hot hands" in basketball are illusory, the belief in them is so robust that it not only has sparked many debates but may also affect the behavior of players and coaches. On the basis of an entire National Basketball Association season's worth of data, the research reported here shows that even a single successful shot suffices to increase a player's likelihood of taking the next team shot, increase the average distance from which this next shot is taken, decrease the probability that this next shot is successful, and decrease the probability that the coach will replace the player."