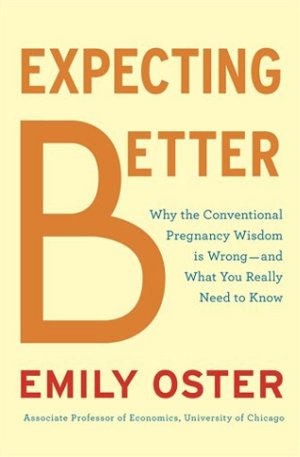 I don't currently have time to read Emily Oster'sExpecting Better: Why the Conventional Pregnancy Wisdom Is Wrong and What YouReally Need to Know, but I am very excited that it came out. Having had a pregnant wife and becoming a parent has made it clear to me that

(this is clear when you look at the huge variation in cross-cultural expectations even in developing societies). So I'm glad that Oster is pushing this issue in a somewhat more rational and hard-headed fashion that has previously been the case (i.e., some of people who I think have good ideas about skepticism of the idea that every pregnancy is a medical emergency waiting to happen at any moment, also try to sell you on 'alternative medicine' more generally). It doesn't help that she's within the penumbra of University of Chicago's academic celebrity. But the reason I'm posting right now is that the book's Amazon page is a case in point in regards to the intersection between pregnancy and the culture wars. Of 50 reviews as of this writing 20 give it five stars, 2 give it two stars, and 28 give it 1 star!