Bacteria living in your nose produce a powerful antibiotic. 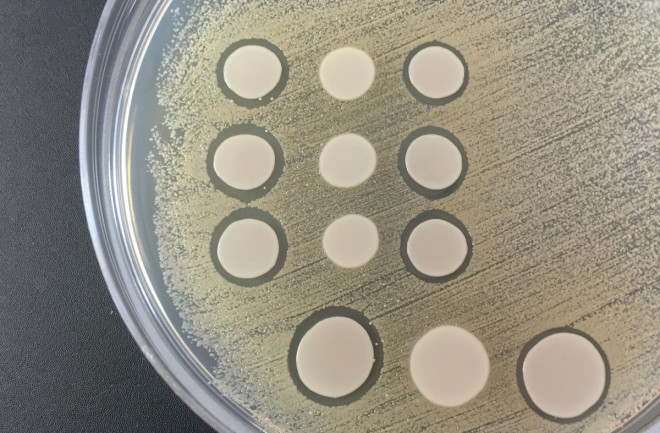 Think twice before blowing your nose — bacteria living there could save your life someday.

According to a July paper in Nature, researchers found a new antibiotic produced by nose-dwelling bacteria that kill drug-resistant superbugs, including MRSA.

As such bacteria evolve defenses against our current drugs, finding new antibiotics is increasingly important. “Far from being an apocalyptic fantasy,” warned a 2014 World Health Organization report, a world without antibiotics is “a very real possibility for the 21st century.”

Microbiologists at the University of Tübingen in Germany swabbed noses, looking for bacteria to test against pathogens, and they scored with Staphylococcus lugdunensis. The bacterium produced an antibiotic, dubbed lugdunin, which killed a slew of superbugs in cell cultures and mice with no signs yet of growing resistance.

Lugdunin also shows that the human microbiome — bacteria living on and within us — is an untapped source for novel antibiotics. “It’s not just a new molecule,” says study author Andreas Peschel, it’s “an action that gives hope.”