The Maps Within: Using Viruses in Forensic Biology

Forensic biology has made tremendous strides in the past few decades thanks largely to advances in DNA techniques and analysis. Genomic sequencing has generated new methods of human identification reaching far beyond fingerprints and dental records, providing crucial information in the course of investigations, valuable evidence in historical fieldwork, and personal closure in the wake of tragedy. There are, of course, certain events that can pose enormous challenges in identifying the deceased. The huge scope of mass casualty events such as wars, terrorist attacks, and environmental disasters can eclipse the capacities of forensic scientists. The exposure of a body to physical trauma, water, and extensive environmental decomposition can provide its own hurdles, particularly in the aftermath of a disaster when these factors can occur in concert, making physical identification of a body impossible. There is no forensic method that can identify the geographical origins of an individual based upon their genetic makeup. But for unidentified victims of a mass casualty event, pinpointing a victim’s provenance brings investigators one step closer to giving an identity to an unknown and giving closure to those affected. And over the past few years, a team of Japanese researchers have sought to devise such a technique by profiling the human body’s endogenous microbes to suss out our hidden zip codes. 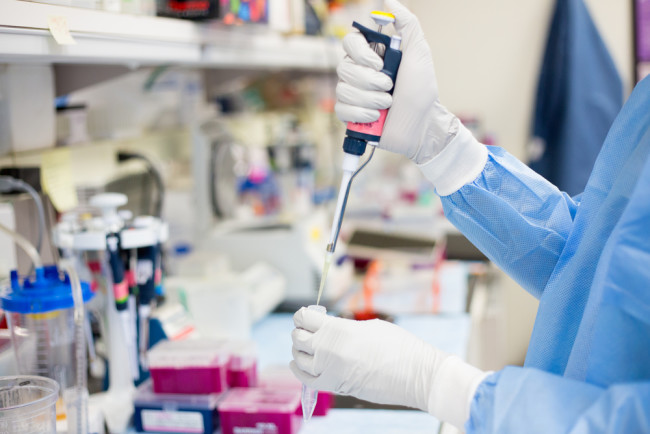 There are several ubiquitous human viruses that, upon infection, chronically embed themselves in the cells and tissues of the human body. These include the John Cunningham virus (JC) and BK virus that quietly dwell in the kidneys, only causing disease in the severely immunocompromised; both viruses are ubiquitous, infecting over 70 to 90% of humans worldwide (1). Epstein-Barr virus (EBV), responsible for ruining teenager’s love lives by causing the “kissing disease,” mononucleosis, can permanently haunt a subset of immune cells once the infection is a distant memory. Similarly chronic infections can be caused by hepatitis B and C, as well as the varicella virus that causes chickenpox and shingles. Many of these viruses are acquired early in childhood and persist as as long as the body they call home does. They also have discrete geographical distributions, with some strains allocated to certain regions and populations of the world thanks to trends in human migration. Over millennia, these viruses have evolved with man, showing distinct genetic polymorphisms and regional variations, forming lineages that can serve as geographical signposts within our cells. Recently, viral genotyping has allowed for epidemiologists to track the movements of infectious diseases through populations. The transmission and evolution of viruses such as HIV and hepatitis C can be traced through their divergent evolution and mutations, allowing not only for public health monitoring but also for criminal investigations and personalized medical treatments. Employing this same technique in order to systematically identify the geographical origins of human remains could be a new tool in the forensic scientist’s toolbox, and while it will not function as a highly accurate homing device, it will provide key data to shed light upon an individual’s profile and life. Using post-mortem samples obtained from medical autopsies, researchers, largely based out of Chiba University in Chiba, Japan, have extracted several viruses - including JC, BK, hepatitis B and C, as well as the chicken pox causing varicella virus - and analyzed their unique genetic fingerprints in a step that opens up significant possibilities in the application of cutting-edge genotyping methods (2)(3)(4)(5)(6). Take the kidney-infecting JC virus as an example. The virus is classified into 14 major genotypes around the world (7). Type 1 is found in populations of European descent, Type 2 in Asians, and Type 3 in Africans. Type 4 is a recombinant strain of types 1 and 3 that may be found in the American population, a reflection of our complex history and a fine illustration of the melting-pot metaphor (8). JC virus has its own phylogenetic tropism in Japan, with two subtypes of the Type 2 genotype exhibiting a north-south distribution (9). This phenomenon could assist forensic scientists identifying human remains by extracting geographic information from unidentified cadavers simply from their own microbial flora, whether it be from JC virus or a set of other viruses that form chronic, latent infections. It is a romantic thought: we hold maps in our blood. Our DNA is a legacy that reaches back beyond our furthest forebears, and so too with our microbes. The place of our birth is reflected in the organisms that live, grow, and die within our bodies; how we live determines what presences we carry, telling own unique story of evolution, migration, and identity. Resources In the United States, there are 40,000 unidentified human remains waiting for a name and a proper home. In Europe, In Japan, over a thousand. In the US, we have the National Unidentified Persons System, a searchable database that can assist in solving cold cases of unidentified human remains. Arizona has the largest number of unidentified human remains. Read about the efforts to identify those people here. References 1) LM Demeter (Oct 21, 2013) Epidemiology of JC and BK virus infection. In: UpToDate, Post TW (Ed). Waltham, MA: UpToDate. (Accessed on March 31, 2015) 2) H Ikegaya et al (2008) Forensic application of Epstein-Barr virus genotype: correlation between viral genotype and geographical area.  J Virol Methods. 147(1): 78-85 3) H Kato et al. (2007) Identification and phylogenetic analysis of hepatitis C virus in forensic blood samples obtained from injecting drug users. Forensic Sci Int.168(1): 27-33 4) H Ikegaya et al (2007) BK virus genotype distribution offers information of tracing the geographical origins of unidentified cadaver. Forensic Sci Int. 173(1): 41-6 5) H Inoue et al. (2010) Determination of the geographical origin of unidentified cadavers based on geographical differences in genotype of varicella-zoster virus. J Med Virol. 82(5): 903-8 6) H Inoue et al. (2014) Genotypic polymorphisms of hepatitis B virus provide useful information for estimating geographical origin or place of long-term residence of unidentified cadavers. J Forensic Sci. 59(1) :236-41 7) LA Shackelton et al. (2006) JC Virus Evolution and Its Association with Human Populations. J Virol.  80(20): 9928–9933 8) DV Jobes et al. (1998) Phylogenetic analysis of 22 complete genomes of the human polyomavirus JC virus.