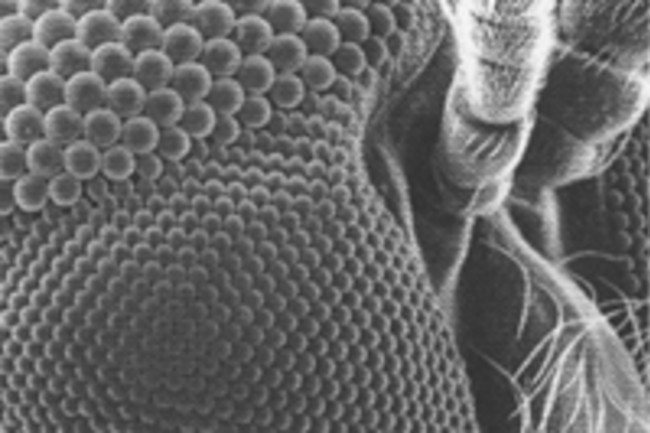 The Howard Hughes Medical Institute has a press release out about a new paper, Transforming the architecture of compound eyes, in Nature. The last sentence of the abstract states:

Our results provide a molecular atlas for the construction of microvillar assemblies and illustrate the critical effect of differences in a single structural protein in morphogenesis.

The press release isn't as pithy:

Zuker said the findings offer an important lesson about the beauty of evolution. "It's not unusual to see alterations in regulatory proteins with a profound effect on form and function," he said. "For example, altering a single transcription factor that controls a hierarchy of downstream products can cause an insect to grow extra legs or lose wings. This new finding, however, is unique because it illustrates how a change in a single structural protein can lead to such a spectacular change in form and function."

Big news huh? Remember that this is the same foundation which backs Sean Endless Forms Most Beautiful Carroll, the high priest of evo-devo. RPM usually has something to say about flies, as well as evo-devo, so I'll see if I can get him to run with the lateral of substance. But, I will reiterate what I stated below that genetics is basically discrete, and such processes approximate to continuous distributions given enough random variables. I think that the idea that evo-devo is going to overturn the nature of quantitative evolutionary biology with a massive paradigm shift is wrong. I suspect that the same formalisms applicable to the mapping of sequence data to phenotype is going to be important in the future mapping of regulatory networks and phenotype. Evolution is substrate neutral. Right?