The FDA Has Decided Not to Ban BPA--For Now 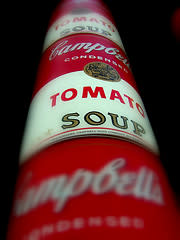 Modern food packaging has transformed our diets for the better in many ways---fresh-tasting canned tomatoes in January and low rates of food-borne disease are not to be scoffed at. But increasing scrutiny of the materials in the cans, bottles, and vacuum packs you bring back from the store have raised fears that certain chemicals---notably, those like bisphenol A

, among other health problems. Last year, the National Resource Defense Council sued the FDA demanding that the agency respond to a petition to ban BPA in food packaging. Yesterday, the FDA announced that it would not be banning BPA

, saying that the science linking the chemical to health risks is not yet convincing. But some companies, responding to consumer desires, are already moving to remove it from their packaging. Studies have found that there are low levels of BPA present in many people's urine

, but what's still under discussion is whether the amounts we pick up can do anything to us, and even if it does little to adults, whether there are any stages of development---infancy, say---when BPA exposure might be harmful. Though the research is a work in progress, eleven states, Canada, and the EU have banned the use of BPA in baby bottles, and at the federal level, the FDA has recommended that consumers avoid baby bottles with BPA. Companies, for their part, are moving to respond to consumers' uneasiness about the chemical. Campbell's Soup, which uses BPA in its can linings, announced

in March that it is planning to phase it out.