The Endless Public Health Challenges of the Hajj

Next week, the hot and happening place to be is in the Kingdom of Saudi Arabia as millions of Muslims gather to complete their pilgrimage to the sacred city of Mecca, a journey known as the Hajj. For public health practitioners within Saudi Arabia and beyond its borders, the Hajj poses serious challenges in the prevention and control of infectious diseases among the millions of faithful worshipers who seek to complete one of the five pillars of Islam. 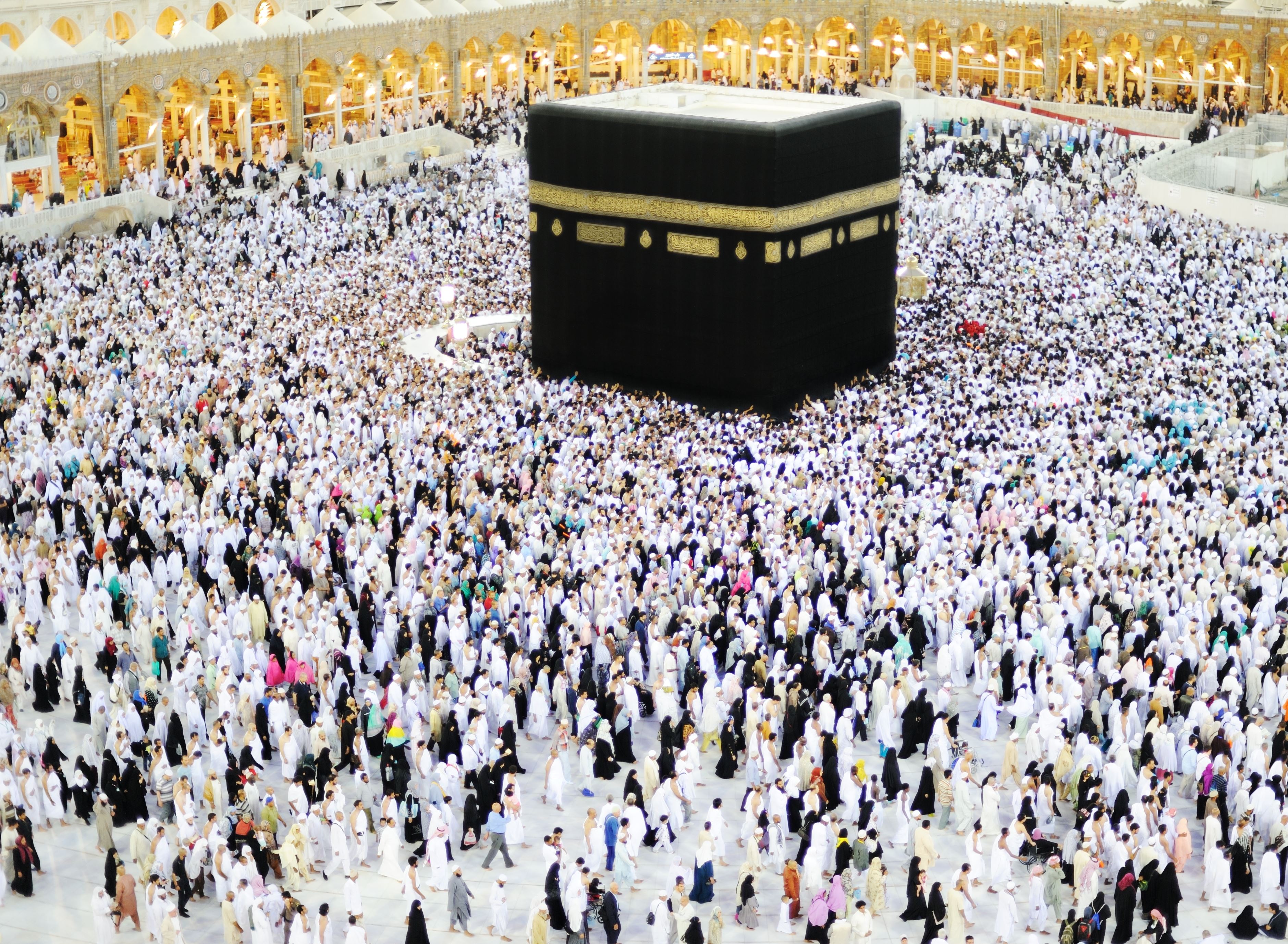 Pilgrims circumambulate around the Kaaba, a sacred Islamic building in Mecca during the Hajj. Image: Zurijeta. It's not only that the Saudi Ministry of Health must be on the look out for the typical pathogenic fare that thrive on large masses of humans - such as meningitis, various exotic gastrointestinal bugs, or tuberculosis - but also for more troublesome pathogens. This year in particular seems hardwired for trouble as the beginning of flu season is coinciding with continuing instances of polio trickling throughout Northern Africa and the Middle East. As of this week, cases of polio have been reported in Afghanistan, Ethiopia, Kenya, Nigeria, Pakistan, Somalia, and South Sudan for this calendar year (1). Also of great concern is the latest pathogen to emerge from seemingly nowhere, Middle East Respiratory Syndrome Coronavirus (MERS-CoV). Since 2012, this novel virus has been smoldering in hospitals throughout the Arabian Peninsula and Europe despite the best efforts of many physicians and health officials to extinguish its insidious spread.

And, of course, there's the possibility of the spread of bloodborne diseases. (You weren't expecting that one, were you?)

Last year in my article "Buzz Kill: Blood-Borne Disease Transmission at the Hajj," I wrote of the spread of pathogens such as HIV, hepatitis B, C or D among male pilgrims due to the communal usage of razor blades. A short excerpt:

Following the Stoning of the Devil and the completion of their religious rites, Hajjees migrate to Mina where hundreds of barbers await with razor blades to shave the scalps of male pilgrims and where women will trim a finger-length lock of hair. This last ritual seals the deal, so to speak, allowing pilgrims to compete their observance of the Hajj. Saudi officials require all barbers to be licensed though makeshift barbers still abound, waiting on roads for eager pilgrims with razors in hand. Pilgrims may also buddy up to shave each other's scalps. These unlicensed barbers and pilgrims can often be found reusing unsterilized blades to communally head-shave Hajjees, a fabulous technique for transmitting blood-borne diseases (BBDs). Indeed, physicians associated with the Saudi Arabian Field Epidemiology Training Program describe the practice of communal head-shaving at the Hajj as an ‘optimum focal setting for the spread of serious BBDs. There’s a considerable amount of hair-raising unhygienic behaviors going on - not only are unsterilized razors reused on multiple individuals, barbers often do not wear gloves, incur many abrasions on their hands and dispose of the razors improperly.

The Hajj is a powerfully holy and social event for Muslims. But it's also unique from an epidemiological and public health standpoint: two to three million people from 70 countries meeting in one tiny place is the siren call for respiratory, water-borne and blood-borne microbial diseases. This year Saudi Arabian officials will have their hands full as they monitor and protect their pilgrims from a smorgasbord of pathogens that know no geographic borders, class or religion. To read more about the Hajj and the unique public health challenges facing its pilgrims, check out "Buzz Kill: Blood-Borne Disease Transmission at the Hajj." ResourcesArab News has a wonderful write up on the precautions Saudi health officials are taking with the 2013 Hajj. Read it here. From the Ministry of Health of the Kingdom of Saudi Arabia, the health requirements for pilgrims visiting Mecca.

Does the Middle East Respiratory Syndrome Coronavirus have a gendered dynamic of transmission in the Arabian Peninsula? I wrote about the possible influence of purdah on the transmission of MERS a few months back in the article "Purdah? I Hardly Know Ya!: Social Influences On Middle East Respiratory Syndrome." And, yes, we do love puns on this blog.