The clever trick crickets use to keep from being eaten by spiders. 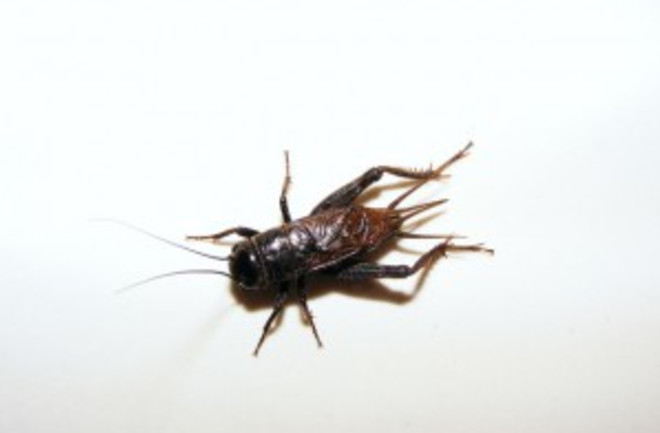 Photo: flickr/MWImagine you're a cricket. You're just hopping around, minding your own business, when suddenly you have a creepy crawly feeling... there's a spider nearby! What do you do? Run? Hide? Well, according to this study, what you really do is pig out! "But wait!" you say. "Won't that make me even more juicy and appetizing to the spider?" Perhaps, but it will also give you extra energy, which you will need to evade your spider nemesis. Good luck, my cricket friend, and god speed!Spider cues stimulate feeding, weight gain and survival of crickets "1. To avoid predation, prey often change their behaviour upon encountering cues of predator presence. Such behavioural changes should enhance individual survival, but are likely to be energy-demanding. This should deplete energy reserves of the prey, unless it increases food intake. 2. These hypotheses were studied by conducting two microcosm experiments. In the first, crickets were kept on plants previously occupied by a spider or on control plants. After 3 days leaf consumption and weight gain of the crickets were quantified. In the second experiment, crickets were kept in the presence or absence of spider cues for 3 days. Spiders were then added and predation of the crickets was recorded during 24 h. 3. Crickets that had previously experienced spider cues were more successful in avoiding predation. Moreover, crickets under predation risk tended to increase foraging in the first microcosm experiment and gained more weight in the second microcosm experiment. 4. The results demonstrate that previous experience of predator cues decreases predation rate. Furthermore, they suggest that crickets are able to compensate for increased energy demands caused by antipredator behaviour. In more natural situations, moving to cue-free plants may play an addition role." Related content: Social spiders with different personality types perform specific tasks within the colony.Flashback Friday: Want to cure your fear of spiders? Just look at this picture of Bob Marley.Gold-digging lady spiders prefer silk-wrapped gifts.