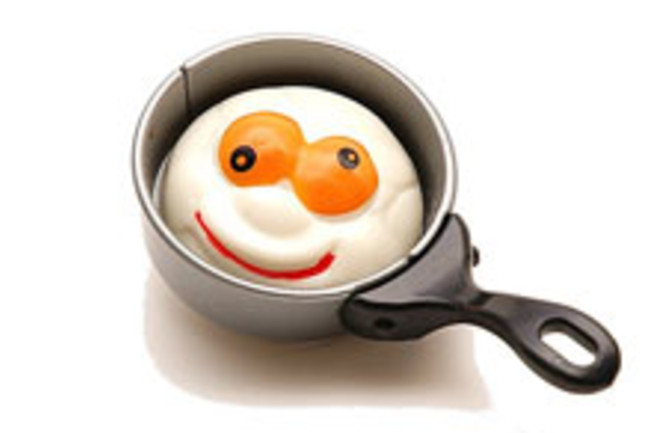 The non-stick coating that coats cookware like frying pans, known as Teflon, has a new purpose: Repairing a faulty windpipe. A British physician used Teflon to repair a 70-year-old woman's collapsed windpipe in the first procedure of its kind—although he'd also previously used Goretex, a waterproof fabric, to do the same thing. The Telegraph reports:

[Surgery patient] Mrs Butterwick, a former hotline operator... said she was amazed when she heard medics would use the substance in the procedure. She said: "I said to doctors, but I just want to be able to breathe again, I don't need to cook a full English on my windpipe."

The three-hour operation seems to have put an end to Mrs. Butterwick's 30-year cough, which was due to a condition known as Flat Trachea Syndrome. Related Content: Discoblog: Want No-Cut Brain Surgery? Use Ultrasound Waves Discoblog: Will Drilling a Hole in Your Head Cure Alzheimer’s? Discoblog: Possible Cure For Blindness: Implanting a Telescope in Your Eye