MHC-correlated odour preferences in humans and the use of oral contraceptives:

Previous studies in animals and humans show that genes in the major histocompatibility complex (MHC) influence individual odours and that females often prefer odour of MHC-dissimilar males, perhaps to increase offspring heterozygosity or reduce inbreeding. Women using oral hormonal contraceptives have been reported to have the opposite preference, raising the possibility that oral contraceptives alter female preference towards MHC similarity, with possible fertility costs. Here we test directly whether contraceptive pill use alters odour preferences using a longitudinal design in which women were tested before and after initiating pill use; a control group of non-users were tested with a comparable interval between test sessions. In contrast to some previous studies, there was no significant difference in ratings between odours of MHC-dissimilar and MHC-similar men among women during the follicular cycle phase. However, single women preferred odours of MHC-similar men, while women in relationships preferred odours of MHC-dissimilar men, a result consistent with studies in other species, suggesting that paired females may seek to improve offspring quality through extra-pair partnerships. Across tests, we found a significant preference shift towards MHC similarity associated with pill use, which was not evident in the control group. If odour plays a role in human mate choice, our results suggest that contraceptive pill use could disrupt disassortative mate preferences.

It's Open Access, you can read it yourself. I've gotten a few emails inquiring about this paper, and Darwin Catholic pretty much baited me into posting on this. There's been a fair amount of treatment of the results in the media as well. This isn't the first paper of this kind, there's a large genre of work (copiously referenced above) on the relationship between smell, MHC and female attraction to men. To restate the basic findings here: taking the birth control pill seems to have resulted in a shift of women toward greater preference of those with immune profiles similar to themselves. We already know that women have very strong preferences for individuals of the same race as compared to men, so a follow up on male preferences at some point would be interesting. Perhaps men don't care what a woman smells like? 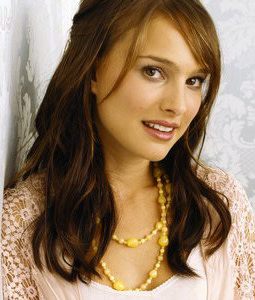 As alluded to in the paper, and emphasized in the popular treatments, there's a good reason why one might get concerned about assortative preference of this sort: more homogeneous immune profiles will be the outcome in the progeny, and those progeny will exhibit greater vulnerability to disease. This insight about the necessity of immunological diversity in the face of the varied pathogens extant is why the MHC loci are among the most diverse within the genome. Nothing ever goes extinct because fitness is negatively frequency dependent. That is, the lower the frequency of an allele within a population, the greater its fitness. Normally there is a turnover of genes as they go extinct and are replaced by neutral variants, but the alleles around the MHC are very old. Many of them even span species, so that you may share an allelic variant with a chimpanzee which you do not with your own sibling. The character of your immune portfolio is very important, ask the native populations of North America. It also implies that over evolutionary time you would expect that there would be some proximate biological adaptations to foster the maintenance of diverse immune profiles within offspring; something that would not occur as much with a great deal of incest. In many species the proximate adaptation is keyed in to chemical signals. In The Blank Slate Steven Pinker referred to data which shows that Israelis raised in communal environments tended not to marry, while in Taiwan betrothed girls adopted into the families of their future husband tended to have more than expected marital issues. That implies that these proximate adaptations aren't simply a matter of chemical recognition of identity by descent, since these were cases where the individuals were unrelated by living together. But it suggests the general principle and shifts our priors in terms of our expectation of how much "free will" we have in determining our significant others. The die is loaded. On the other hand, I think you can go a little far in extrapolating in a linear fashion like this. After all, brother-sister marriage persisted for centuries, likely a millennium, in Egypt. Data from Iceland suggests that 3rd and 4th cousins who marry are the most fertile. Then there is always the issue of mother-fetus incompatibility. There is some evidence that too diverse a pairing might increase rates of miscarriage, just as first-degree relative pairing does. Many of the other results in this area have been equivocal; there are results which suggest that women prefer men who carry their paternally transmitted alleles for MHC! Many species have optimal points of genetic distance; you smell too different and you ain't hot, you smell too similar, and you ain't hot. This is not to say that I don't think this work is invalid or not of worth, I just think we also need to be very cautious because these can be very complicated questions and dynamics we're addressing. The authors know this, they tried to limit the social composition of their study group to eliminate confounds, but they can't be sure what sort of structure lurks in there. All things being equal it might be better to pair up with someone with a different MHC profile, but perhaps all things are rarely equal these days. Perhaps those with different MHC profiles tend to be very different socio-cultural backgrounds, which might cause more tension in a relationship than the relative lack of zing within one where there's some bland homogeneity. Finally, there's the issue of Playing with Nature. Darwin alluded to the popularity of this paper in the Catholic blogosphere. I assume part of the reason is that Darwin and his fellow travelers, traditionalist Catholics, reject birth control for normative reasons and appreciate that there may be other more directly utilitarian implications in the choices they make. That's fair enough, and the bigger picture at the heart of this is I think conservatism and respect for the organic development which precedes us historically and which we take for granted. First rule, do no harm! This sort of rhetoric is generally assumed to be Burkean conservative, but it really isn't. A great swath of the modern Left embraces this principle in the form of environmentalism and a general predisposition to not meddle with Mother Nature's handiwork. In the United States conservatives tend to be cautious about society, liberals tend to be cautious about the environment, while libertarians are cautious about neither. In much of the rest of the world where classical liberalism is less robust a force a more generalized cautiousness and conservatism is not unknown (remember that it was the Left-wing Communists who caused the greatest environmental catastrophes, while Romantic inspired reactionaries were prominent in back-to-nature movements).^1 I suspect that the birth control pill and a host of other medications we take affects the choices we make. I also think that the tendency toward obesity and the changes in diet probably affect us in ways we don't understand. The chemicals we are bathed in, the rapidly shifting social matrices in which we are thrown into at a young age, etc. There's a lot of free variables floating around out there, and I think you can pick your poison if you want to be truly cautious. So I suppose I acknowledge that we're riding a tiger, but I really don't see any point in being a trad of either the Left or the Right because I don't think we have any ability to turn around, at least as a whole culture. Of course, there will always be a place for Naturals.... 1 - The prominent eugenicist and white nationalist theorist Madison Grant was a prominent conservationist, and after his America First period Charles Lindbergh turned to environmentalist causes as well.