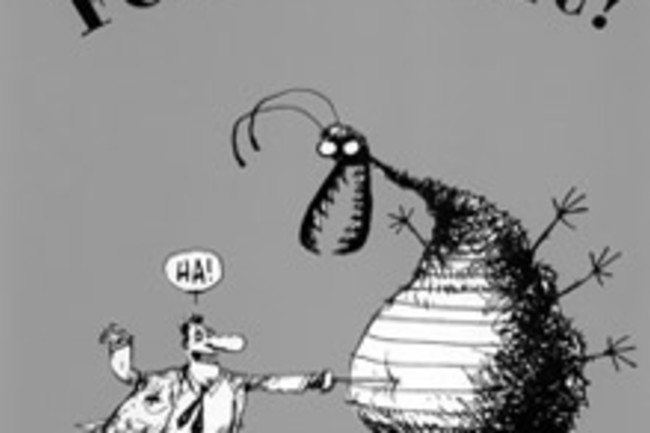 Researchers have engineered antibodies that could potentially lead to a cure-all for multiple strains of influenza, including the dangerous H5N1 strain of bird flu, according to a study published in Nature Structural and Molecular Biology. Mice that were infected with bird flu and three days later were injected with the treatment exhibited no symptoms of illness. Whereas existing flu vaccines are able to target only one strain of virus at a time and need to be redeveloped every year, the new research suggests that a single treatment may work against many strains. For the study, t

he scientists scoured a library of 27 billion human antibodies to influenza, eventually finding an antibody which inactivated bird flu in cell cultures and when injected into mice. The group then decided to see how the antibody fared against an entirely different subtype of flu—the influenza that killed millions across the globe in World War I. "To our amazement, the antibodies inactivated the 1918 pandemic," [study author Wayne] Marasco said. Subsequent studies showed the virus could disarm multiple strains of flu [

The Scientist]. The treatment is made from a laboratory-produced version of human immune system defenses called monoclonal antibodies. It targets a different part of the flu virus than the body’s naturally produced antibodies [Bloomberg]. Influenza invades nose and lung cells using a certain part of the protein it contains, called hemagglutinin, which is shaped like a lollipop. The spike’s tip mutates constantly, which is why flu shots have to be reformulated each year. But the team found a way to expose the spike’s neck, which apparently does not mutate, and picked antibodies that clamped onto it. Once its neck is clamped, a spike can still penetrate a human cell, but it cannot unfold to inject the genetic instructions that take over the cell’s machinery to make more virus [The New York Times]. The research team turned the antibodies into full-size immunoglobulins and tested them in mice. According to Marasco, the next step is to test the antibodies in ferrets, and then to develop an appropriate version for human clinical trials as soon as 2011 to 2012. If the antibodies are tested to be safe and effective, it could take several years to develop a licensed product [CNN]. The antibodies already developed can be injected as a treatment, going after the virus in ways that drugs like Tamiflu do not [The New York Times]. Related Content: 80beats: Scientists Solve the Mystery of "Flu Season" DISCOVER: 12. New Vaccine Blocks Bird FluImage: NIH

The Year That Measles Returned

A Vaccine Against Fake News?

Bacteria Pass Antibiotic Resistance Between Themselves in Just Hours