Study shows that women who sleep longer have higher libidos. 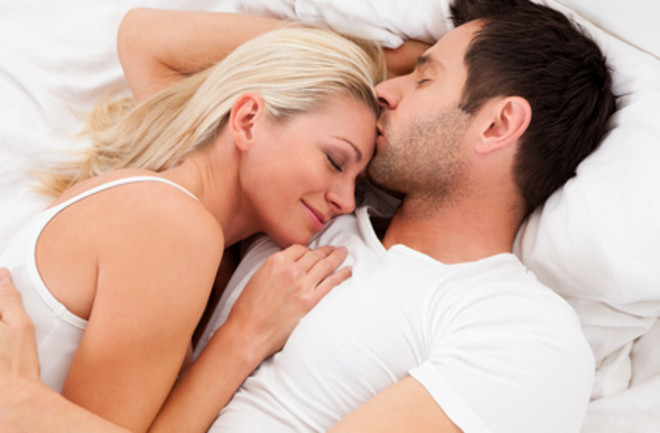 Photo: flickr/Richard fosterEveryone knows that getting a good night's sleep is important for things like mood and overall health. Now studies show that sleep might also affect your sex drive. Here, researchers surveyed 171 women daily over the course of two weeks, asking questions about how long they slept the night before and whether they had engaged in sexual activity (self or partnered) the day before. The scientists found that in general, women who slept longer had higher levels of sexual desire, with each 1-hour increase in sleep correlating with a 14% higher likelihood of having sex with a partner the next day. Just one more (excellent) reason to hit that snooze button!The Impact of Sleep on Female Sexual Response and Behavior: A Pilot Study "Introduction The etiological role of sleep disturbance in sexual difficulties has been largely overlooked. Research suggests that short sleep duration and poor sleep quality lead to poor female sexual response. However, prior research consists of cross-sectional studies, and the influence of sleep on sexual functioning and behavior has not been prospectively examined. Aim We sought to examine the influence of nightly sleep duration, sleep quality, and sleep onset latency on daily female sexual response and activity. Methods This study used a longitudinal design to study 171 women free of antidepressants and with reliable Internet access who were recruited from a university setting in the United States. Participants first completed baseline measures in a laboratory, and then completed web-delivered surveys at their habitual wake time for 14 consecutive days. Main Outcome Measures All outcome measures were modified for daily recall. Participants completed the Profile of Female Sexual Function's desire, subjective arousal, and orgasmic functioning scales and the Female Sexual Function Index's genital arousal scale, and indicated whether they engaged in partnered sexual activity or self-stimulation in response to dichotomous items. Results Analyses revealed that longer sleep duration was related to greater next-day sexual desire (b = 0.32, P = 0.02), and that a 1-hour increase in sleep length corresponded to a 14% increase in odds of engaging in partnered sexual activity (odds ratio = 1.14, P < 0.05). In contrast, sleeping longer predicted poorer next-day genital arousal (b = −0.19, P < 0.01). However, results showed that women with longer average sleep duration reported better genital arousal than women with shorter average sleep length (b = 0.54, P = 0.03). Conclusions Obtaining sufficient sleep is important to the promotion of healthy sexual desire and genital response, as well as the likelihood of engaging in partnered sexual activity. These relationships were independent of daytime affect and fatigue. Future directions may investigate sleep disorders as risk factors for sexual dysfunction. " Related content: Sleep-related erections throughout the ages!Proof that female ejaculation is just pee.Are there really two kinds of female orgasm? Science weighs in.