Study finds women try to hide their hot men from other (fertile) women. 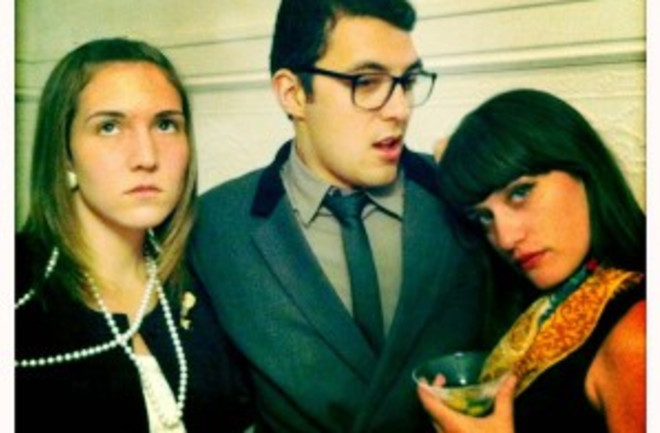 Relationships are complicated. And that's true for both the platonic as well as the romantic kind. But when the two overlap, things can get very complicated in subtle and interesting ways, like the results from this study. It's known that men behave differently towards women when they are fertile. For example, women get bigger tips for lap dances when ovulating. But here, researchers delved in to how fertile and non-fertile women interact. In particular, they wondered whether women would be more likely to try to protect their mates from fertile women versus non-ovulating women. It turns out that, yes, they do... but only if their partners are "highly desirable"!

Women Selectively Guard Their (Desirable) Mates From Ovulating Women. "For women, forming close, cooperative relationships with other women at once poses important opportunities and possible threats—including to mate retention. To maximize the benefits and minimize the costs of same-sex social relationships, we propose that women’s mate guarding is functionally flexible and that women are sensitive to both interpersonal and contextual cues indicating whether other women might be likely and effective mate poachers. Here, we assess one such cue: other women’s fertility. Because ovulating (i.e., high-fertility) women are both more attractive to men and also more attracted to (desirable) men, ovulating women may be perceived to pose heightened threats to other women’s romantic relationships. Across 4 experiments, partnered women were exposed to photographs of other women taken during either their ovulatory or nonovulatory menstrual-cycle phases, and consistently reported intentions to socially avoid ovulating (but not nonovulating) women—but only when their own partners were highly desirable. Exposure to ovulating women also increased women’s sexual desires for their (highly desirable) partners. These findings suggest that women can be sensitive to subtle cues of other women’s fertility and respond (e.g., via social exclusion, enhanced sexual attention to own mate) in ways that may facilitate their mate retention goals while not thwarting their affiliative goals." Related content: NCBI ROFL: Women's gaydar improves during ovulation. NCBI ROFL: Kin affiliation across the ovulatory cycle: females avoid fathers when fertile. NCBI ROFL: Ovulatory cycle effects on tip earnings by lap dancers: economic evidence for human estrus?