Study Finds Air Pollution Particles Can Get Inside the Placenta 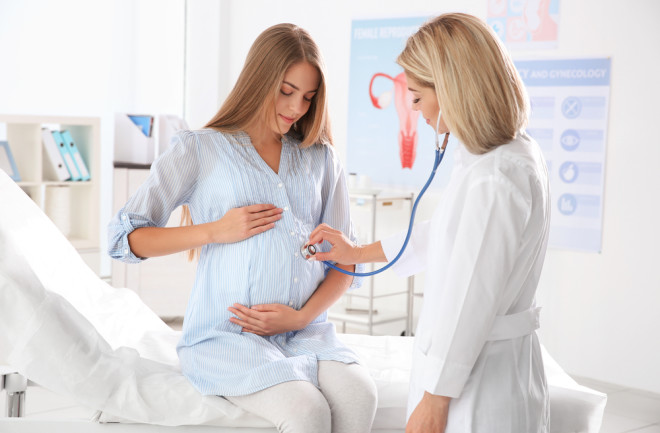 Particles of black carbon have been found inside the placenta, raising questions of health risks to fetuses. (Credit: Africa Studio/Shutterstock)

Many of us don’t give much thought to the air we breathe. But if you live in a city, near a major road, next to an industrial plant or even just have a wood burning stove, that air is often laced with minuscule pollutants. After we inhale, those particles can lodge in our lungs and travel throughout the body. For pregnant women, this may put their unborn children at risk.

A new study, published today in the journal Nature Communications, found that particles of the air pollutant black carbon can get inside the placenta, the organ that develops during pregnancy to provide the developing baby with oxygen and nutrients. The study also found that higher pollution exposure for mom was correlated with more black carbon in the placenta tissue.

The findings could potentially illustrate how air pollution impacts the health of young children before they’ve taken their first breaths.

Black carbon is a dark, sooty byproduct of burning fossil fuels. It’s part of a type of air pollution called particulate matter, which consists of airborne dirt, soot, smoke, and tiny chemical substances floating in the air.  Black carbon has been linked to cancer, respiratory and cardiovascular disease and birth defects, according to the Environmental Protection Agency. Cars and trucks—diesel engines especially—and fires are the biggest sources of black carbon in the United States.

The black carbon particles we breathe also carry traces of heavy metals and carcinogens. “This way, these toxic compounds can really reach the human body on a daily basis,” says Hannalore Bové, a postdoctoral researcher at Hasselt University in Belgium who was involved in the study.

In earlier research, Bové and her research supervisor, Tim Nawrot, found black carbon in the urine of healthy children, which suggested the particles could travel from the lungs to other organs in the body. The researchers wondered if the same thing could happen with the placenta. To answer this question, they looked at 20 placentas donated by women who gave birth at East-Limberg Hospital in Belgium. The samples are part of an ongoing project by the research team leader, Tim Nawrot, into the effects of environmental stressors on aging.

The scientists chose 10 samples from women exposed to high levels of air pollution during pregnancy and 10 from women exposed to low levels. The researchers determined pollution exposure by cross-referencing each woman’s home address with air monitoring data and a model of weather, time of year and other factors that influence air quality.

Bové then put the samples to the test using a technique she pioneered during her PhD research. She directed a special laser that emits short, fast pulses of light at the tissue. The technique makes the black carbon particles appear as white specks, making them easy to count.

The team also looked at five placentas from women who had miscarriages. These samples showed that as early as 12 weeks, black carbon particles are already present in the placenta tissue, says Bové. This implies the pollutants can reach the placenta during the first and second trimesters, a crucial period for organ development.

These initial results are not enough to say whether the particles reach or impact the fetus itself. This study is really a proof of concept, says Bové. Next, she hopes to screen all of the samples in the biobank to determine if black carbon damages placental cells or if other factors, like smoking, play a role in how many particles end up in the tissue.

“Our technique is very [good at] locating the particles inside the tissue,” says Bové. “And this can now be used to really concretely link to adverse health effects.”