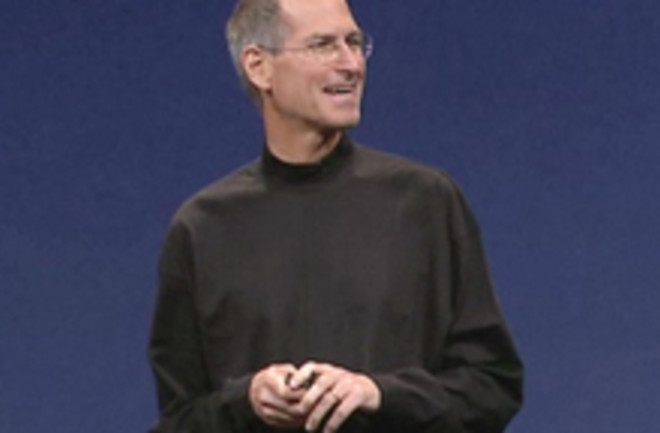 Apple chief executive and all-around tech visionary Steve Jobs reportedly received a liver transplant two months ago in Tennessee, and is on track to return to work by the end of the month. Jobs presumably underwent the procedure to treat a reappearance of the cancer he was diagnosed with several years ago. In 2004 Jobs had surgery to remove a rare, slow-growing type of pancreatic cancer, called a islet cell neuroendocrine tumor, but he was thought to be in remission until last year, when

a period of drastic weight loss last year led to frenzied speculation that the cancer had returned [The Guardian].

Jobs's health has been a matter of intense interest to Apple investors, who feel that his leadership is key to the company's continuing success, and questions have been raised about the company's handling of the matter.

In January, the notoriously secretive Jobs made a rare public statement attributing his weight loss to a "hormone imbalance". Just a few days later, however, he was forced to admit that the situation was "more complex" than first thought, before announcing his intention to step down from day to day activities at Apple for six months [The Guardian].

the type of slow-growing pancreatic tumor Mr. Jobs had will commonly metastasize in another organ during a patient's lifetime, and that the organ is usually the liver. "All total, 75% of patients are going to have the disease spread over the course of their life," said Dr. Hawkins, who has not treated Mr. Jobs. Getting a liver transplant to treat a metastasized neuroendocrine tumor is controversial because livers are scarce and the surgery's efficacy as a cure hasn't been proved, Dr. Hawkins added [The Wall Street Journal].

One study that examined

the outcome of liver transplants for metastatic neuroendocrine tumors concluded that "although cure is not impossible, it is improbable" [Los Angeles Times].

The report that the 54-year-old Jobs traveled to Tennessee for his transplant surgery has raised the question of whether he received faster treatment by heading south:

In 2006, the median number of days from joining the liver waiting list to transplant was 306 nationally. In Tennessee, it was 48 days [The Wall Street Journal].

However, Joel Newman of the United Network for Organ Sharing points out that there are no residency requirements for transplants, and notes that Jobs would have been put on a waiting list with all the other potential liver recipients in Tennessee.

Patients are prioritized for organs based on medical need, appropriateness and proximity to the transplant center, and celebrity or influence plays no part in the decision making, Newman said [San Francisco Chronicle].