Stem Cells Treat Muscular Dystrophy in Mice. Can Humans Be Next? 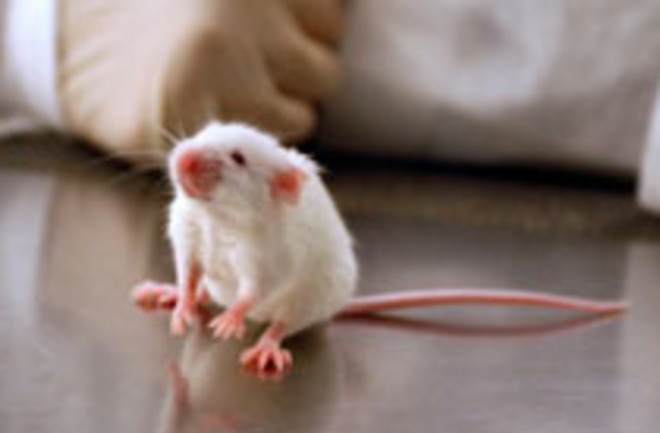 Researchers say they turned a mouse with muscular dystrophy into a mighty mouse by injecting stem cells into its muscles. Just a few weeks after injecting the stem cells, which were taken from the muscles of healthy adult mice, the weak and wasting muscles of the ailing mice were almost completely restored to full strength.

While human trials are still years away, the results offer hope that one day skeletal muscle stem cells from healthy people could be grafted into those with muscle disorders, says Amy Wagers, coauthor of the paper.... People with other kinds of muscle damage could benefit as well, she says.“There are a lot of situations where muscle is degenerating or damaged and you might want to boost its regenerative capacity” [Science News].

There are more than 30 kinds of muscular dystrophy, all genetic diseases that cause skeletal muscles to degenerate. The most common form, Duchenne muscular dystrophy, mainly affects boys and is caused by the lack of a protein that helps muscles stay intact. Many children with the disease cannot walk and must live on respirators. The disease is usually fatal by early adulthood [HealthDay News].

For the study, published in the journal Cell [subscription required],

researchers bred mice which have a faulty dystrophin gene, the same problem which causes Duchenne MD in humans [BBC News]. After the injections, the stem cells spread throughout the muscles of the diseased mice and produced new, healthy cells, improving the muscles' function. They also left behind a "reservoir" of stem cells in the muscles, which could be used later to repair damage.

Observers say they're particularly excited about this technique because the stem cells were drawn from adult mice, not embryos. Researchers have been working on a similar treatment using embryonic stem cells, but "that method entails some technical and ethical challenges" [