Stem Cells Give Tuberculosis a Hand in Hiding Out 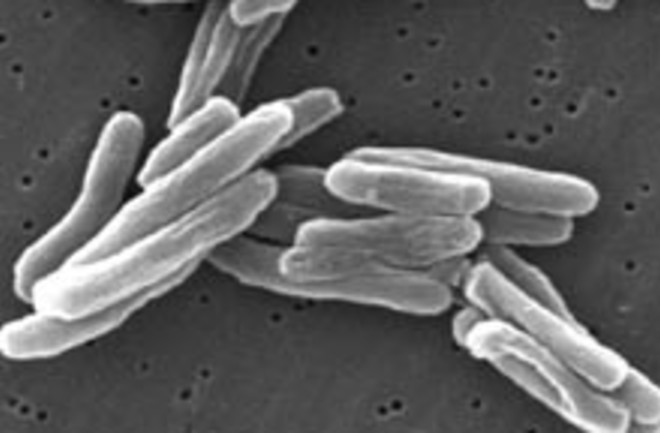 Around two million people die each year from TB, and the bacterial infection is startlingly widespread—the World Health Organization says about one in three people around the world carry Mycobacterium tuberculosis (and humans may have been carrying it around for at least 9,000 years). Thankfully, TB is latent in the vast majority of these cases. But tuberculosis' pervasiveness presents the question of just how the bacteria evades our immune system to set up shop on a long-term basis. According to a study led by Gobardhan Das in the Proceedings of the National Academy of Sciences, stem cells might be the answer. Particularly, mesenchymal stem cells (MSC).

TB recruits mesenchymal stem cells to the lungs, where they help suppress the immune system that fights disease... The stem cells produce nitric oxide, a chemical that reduces the type of white blood cells called T-cells, the researchers wrote. [Bloomberg]

The team first infected mice with TB, and found that these stem cells popped up anywhere the infection had spread. They also appeared in the lymph nodes of people with TB infection.

"MSC produce nitric oxide that kill bacteria, but the amount is not sufficient to kill the TB bacteria, it just keeps them in check," Das said. "Nitric oxide also inactivates T-cells. So the presence of MSC inhibits the proliferation of the bacteria and T-cells, and there is an equilibrium established. That's why the incubation is very very long and can maintain for an entire lifetime." [Vancouver Sun]

These stem cells, then, present an intriguing but difficult opportunity. Typically, they form crucial structures like bone and cartilage. But if researchers could target just the ones that surround TB

, they could nix TB's advantage.

"MSC create a suppressive microenvironment . . . they are almost like a nest. If they (TB bacteria) don't have a nest, they will be exposed to our regular immune system and will be killed by our immune system," Das added. [Vancouver Sun]

80beats: Humans Have Hosted Tuberculosis Bacteria for at Least 9,000 Years

The Loom: The Tubercular Hominid

DISCOVER: Resurrection of a Killer