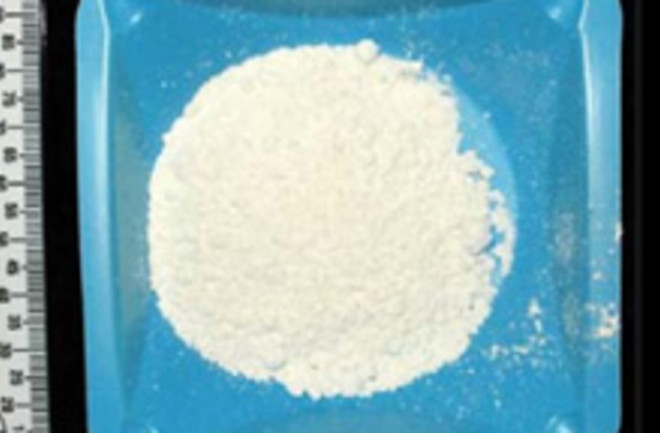 Bath products never sounded so dangerous before. Two methamphetamine-like drugs that are being sold as mere "bath salts" have been linked to hallucinations and suicides, and lawmakers around the country are cracking down. Three states have already banned the substances, and this weekend Senator Charles Schumer announced that he'll introduce a bill to outlaw the substances at the federal level.

"These so-called bath salts contain ingredients that are nothing more than legally sanctioned narcotics, and they are being sold cheaply to all comers, with no questions asked, at store counters around the country," said Schumer, a New York Democrat. [Reuters]

The drugs, mephedrone and methylenedioxypyrovalerone (MDPV), can be snorted, injected, or smoked. They have no connection to real bath salts--the scented powders and crystals added to bath water for relaxation. The drugs are commercially labeled with such innocuous names as TranQuility, Blue Silk, and White Lightning, but authorities agree that the effects are anything but innocuous:

Psychotic reactions to snorting the "bath salts" reportedly led one woman to swing a machete at her 71-year-old mother in an attempt to behead her, Panama City Beach police said. Also, a man high on the brand Blue Silk tore up the backseat of a patrol car with his teeth after seven Bay County Sheriff's Office deputies wrestled the crazed man into the cruiser, the agency said. [Los Angeles Times]

After linking mephedrone to at least two deaths, the European Union banned it in December. In the United States, Louisiana, North Dakota, and Florida have recently banned the substances. Although the drugs can lead to euphoria and high energy, they can also cause paranoia, insomnia, and hallucinations. Florida officials reported that the state's poison control centers had received 61 calls related to "bath salts" as of last Wednesday, and that the drugs had led to dozens of hospital visits in the past year. Even if Senator Schumer's bill goes forward, it's likely that many more states will ban these substances. Oddly enough, although many people in Florida are happy about the drug ban, those who have to enforce the law see a slightly different picture:

On Thursday, Broward Sheriff's Office deputies checked local shops for the banned products, but none turned up. The new law is a burden for the agency, which has not encountered abuse problems, said Sheriff Al Lamberti.... "Now we're going to have to devote scarce resources to this, which is one more thing on our plates," Lamberti said Thursday. [Los Angeles Times]