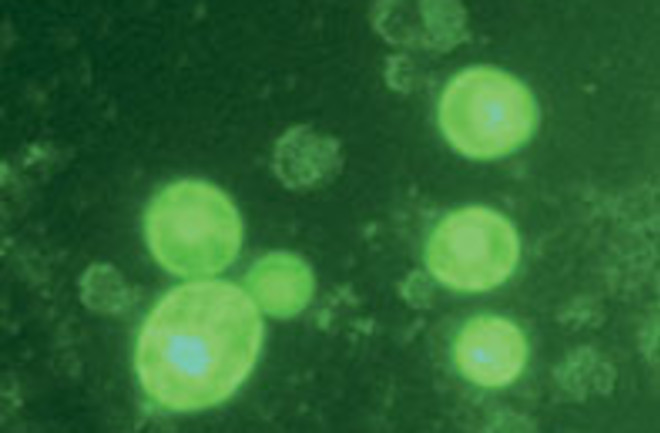 Spinach may soon be packing health benefits Mom never dreamed of. Molecular biologists at Philadelphia’s INB:Biotechnologies are using the vegetable to make vaccines against anthrax, influenza, even plague.

The new vaccines are cheaper to produce than traditional ones made from animals—and could be quicker to make. Until now, biologists had long assumed that using plants to grow human vaccines was impossible. But INB found a way to trick spinach (along with Swiss chard and petunias) into producing harmless bits and pieces of common human pathogens that cause diseases like flu and plague (inset). When these chopped-up, deactivated pathogens are injected into mammals, the animals acquire immunity, just as if they had been infected with a virulent version.

So far in tests on mice, plant proteins have worked as well as traditional vaccines, and the U.S. Navy is planning human trials later this year. “At this point, we have to purify the substance and administer it in a pill,” says biochemist Orn Adalsteinsson, president of INB. “But the idea is to get the technology to the point where you could just eat your vegetables—which you should be doing anyway.”

The advance comes at a crucial time. Animal-derived vaccines, typically produced in chicken eggs, are so time consuming to produce and prone to spoilage that pharmaceutical companies don’t keep stockpiles. That leaves the public vulnerable to shortages, as happened during the current flu season, and to sudden epidemics or bioterror attacks. “To make influenza vaccine, you have to find the right strain of chickens, grow a large flock, inoculate the eggs, and then wait for them to mature before harvesting,” says Adalsteinsson. With the World Health Organization’s recent prediction that an avian flu outbreak could infect up to 30 percent of the world’s population, that kind of lag time could mean thousands of unnecessary deaths.

More From Discover
Health
Ibogaine: The Psychedelic Drug That Could Fight Addiction
Health
Hugging Is an Evolutionary Tool for Survival
Health
The Other Magic Mushroom: Why a Canadian Startup Is Suddenly Interested in the Fungus From Super Mario
Health
How To Avoid Food-Borne Illness
Sponsored
Health
Leptitox Reviews - Is It Worth the Money? (Cheap or Legit?)
Health
What Are The Effects of Delta 8 THC? Here’s the Ultimate Guide
Recommendations From Our Store
My Science ShopCosmos: Possible Worlds
My Science ShopStrange Science
My Science ShopEinstein's Universe
My Science ShopElements Flashcards
Shop Now
Stay Curious
Join
Our List