By sticking together, sperm can find a more direct path to the egg. 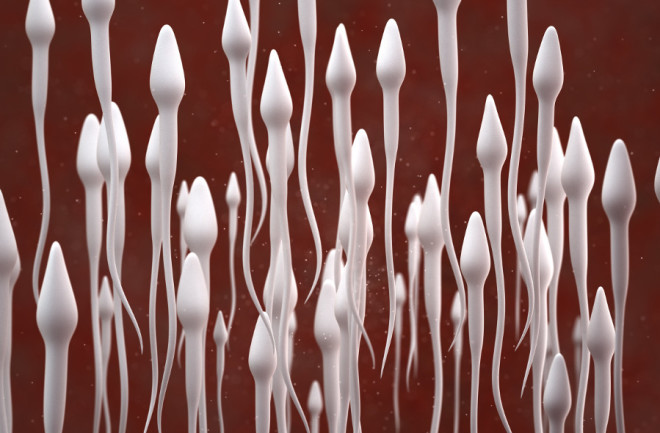 In a group, sperm swim straighter, not faster, according to a mathematical model. | Springer Medizin/Science Source

We think of a sperm’s mission as a lonely one, each one hoping to find and fertilize the egg before the rest of pack. In some species, however, sperm literally stick together in a grouping that gives them a competitive boost. How does this all-for-one attitude give sperm that edge?

“We assumed it was something like the way cyclists all form a group and move with greater speed,” Fisher says. But recently, when they tested this idea with a custom-designed mathematical model, they found the groups swam straighter, not faster. By flocking together, the sperm group’s momentum cancels out any wayward movements of a lone gamete, collectively giving them a more direct path to the egg.

And it turns out the sperm of the promiscuous species were more likely to form optimally sized groups — six or seven swimmers — than the less competitive monogamous species. When evolutionary rivalry heats up, it seems, sperm team up.