Sniffing Out Sickness: Mouse Noses Respond to the Urine of Diseased Mice 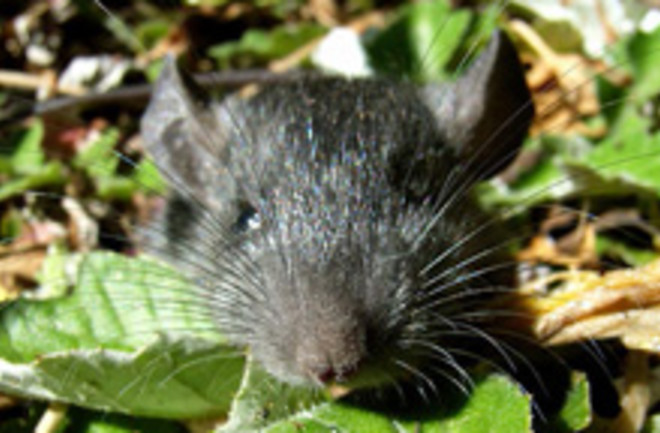 Researchers may have determined the method by which some animals can literally sniff out a sick individual--and hence avoid it to protect their own health. A team of scientists has

identified a type of smell receptor in mice that seems to respond to disease-related molecules produced by bacteria, viruses, or as the result of inflammation [New Scientist].

Scientists have previously identified a number of mouse smell receptors, cell-surface proteins in the animals' noses that pick up everything from the fragrance of food to the scent of fear.... Neurogeneticist Ivan Rodriguez of the University of Geneva in Switzerland and colleagues wondered whether there might be additional such receptors that respond to a disease "scent," perhaps by detecting chemicals associated with bacteria and inflammation [ScienceNOW Daily News].

After scanning the mouse genome for genes in the olfactory system, they detected genes for five new smell receptors that seemed to be likely candidates. The receptors are part of a known family of proteins that are involved in immune response; other proteins in the same family detect chemicals given off by pathogens in an animal's own blood. The newly discovered smell receptors appear to play a similar role, except they respond to pathogens in other animals. In their study, published in Nature, the researchers exposed neurons that possessed these receptors to the urine of sick mice, and found that it provoked a "smell response" in the neurons. These neurons

reside within a part of the olfactory system at the base of the brain that also sniffs out sexual signaling chemicals called pheromones. This area--the vomeronasal organ--is linked directly to the brain's emotional center, the amygdala. "This makes a lot of sense," says Rodriguez. When a mouse detects a nearby mate, or danger, in the form of disease, it needs to trigger a quick reaction, whether it's an attempt to reproduce or to avoid a nearby sick animal, he says [ScienceNOW Daily News].

The findings could have a practical application down the line.

Related Content: 80beats: Do Humans Communicate Via Pheromones? The Jury Is Still Out 80beats: Ants That Illegally Procreate Are Revealed By Their Guilty Smell 80beats: Mammals Have a Nose for Danger (Literally)

Words Seem to Lose Their Meaning When We Repeat Them Over and Over. Why?