SNAPSHOT: A Bacteria That Fights Superbugs 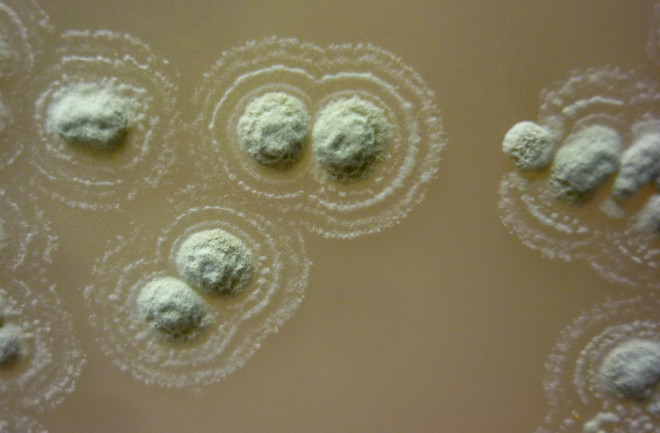 Streptomyces sp. myrophorea. (Credit: G Quinn, Swansea University) Ancient Irish soil holds an antibiotic surprise. A newly discovered bacteria that inhibits the growth of antibiotic-resistant superbugs has been found in soil from an area of Northern Ireland known as the Boho Highlands, according to an international research effort based at the Swansea University Medical School. The area was occupied by Druids 1500 years ago, and its soil has been part of traditional healing practices in the area for centuries. The search for alternatives to increasingly resistant infections has led some scientists to ethnopharmacology, the study of folk medicine. While the growth shown here resembles mold, it’s a true bacteria, named Streptomyces sp. myrophorea, and it appears to inhibit the growth of 4 out of the top 6 multi-resistant superbugs on the World Health Organization’s list. The genus is the source of around two-thirds of frontline antibiotics today, though this particular species is a new candidate. Find more great science imagery on our Instagram page.