We humans are walking clouds of bacteria, traveling in our own effluvium as we pinball among our day-to-day activities, cross-pollinating our family and friends with our own microbial flora. But what about sneezing, one of man’s sillier bodily functions, and one that seems tailor-made for direct inoculation of friend and foe? This protective reflex that clears irritants from our nasal passages also serves as a wet phlegmy bullet train for bacteria and viruses to travel upon as they escape the dank tunnels of our airways. And so how exactly do microbes capitalize on this high velocity emission? 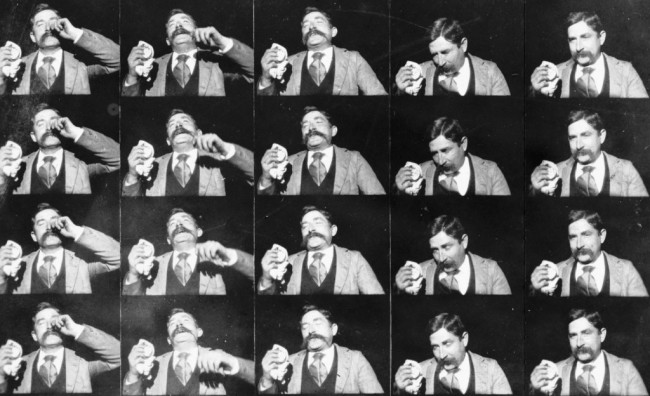 sought to answer this very question. Her team is interested in the dynamics of how pathogens interact with fluid droplets and bubbles and how this influences the spread of communicable disease. Coughs and sneezes, which her team dubs “violent expirations,” are important mechanisms of transmission of respiratory diseases between infected individuals and susceptible hosts. (1)

Bourouibia’s group recruited a group of sniffly and sick volunteers and photographed their sneezes, publishing a video and set of photographs last week that illustrate the mechanical beauty of sneezing.

A black and white camera recording at 1000 frames per second captures a violent firework of a sneeze, which they describe as a “turbulent cloud that consists of hot and moist exhaled air, mucosalivary filaments and drops, and residues from droplet evaporation.”(1) Each eruption can last up to 150 msec, quickly evolving into a stormy “puff cloud.” [embed]https://www.youtube.com/watch?v=9qqHOKUXY5U[/embed] These puff clouds have the biggest bang per buck of all the stages of sneezing as they are capable of traveling over 20 feet from the site of ejection, carrying droplets that can hang in the air for minutes at a time depending upon environmental conditions, such as humidity and temperature. Bourouibia’s work suggests that a sneeze can easily traverse a room and even travel upwards into ventilation shafts, further increasing the potential spread of respiratory pathogen. Their research elucidates how these droplets distribute in space and time, paving the way for better prevention in the form of ventilation systems in hospitals and planes. In the meantime, Bourouibia and her team advise that the best way to interfere with this high velocity cloud of infectivity is also one of the simplest and cheapest: quickly dashing your face and squashing that sneeze within the crook of your elbow.Previously on Body HorrorsBefore & After: Respiratory Microbes among Pilgrims to the HajjQuackery & Poison: A Ballsy ProcedureResources See more great action shots of high velocity sneezes from Bourouibia's lab at their website here. References 1) LR Baden (2016) A Sneeze. N Engl J Med.375; 8