"Smart Pump" for Diabetes is Step Toward Artificial Pancreas 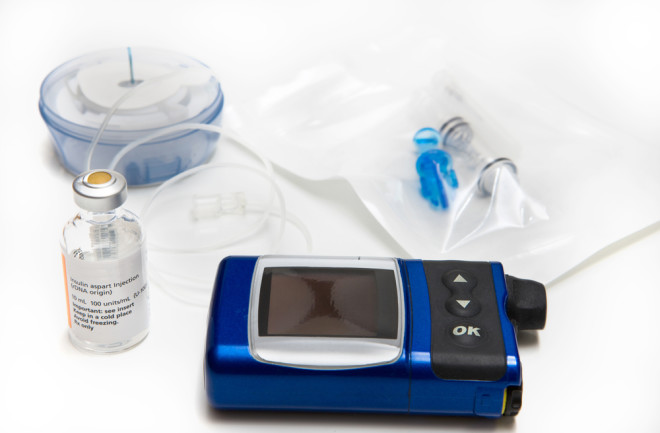 Current insulin pump technology. Image courtesy of Hdc Photo/Shutterstock. For those with type 1 diabetes, low blood sugar can translate to a lack of energy during the day. But if it occurs at night, when a person is sleeping, low blood sugar can lead to a coma, seizure, or even death. An artificial pancreas would not only eliminate the need for regular insulin shots during the day but also avoid dangerous episodes of nighttime hypoglycemia. A recent clinical trial put an early version of such a device to the test. Researchers equipped 247 diabetic participants with sensors that constantly monitored their blood sugar levels. Half of the participants wore normal insulin pumps to supply a steady, low dose of insulin. The other half used the new "smart pumps," which are programmed to shut off the insulin supply for two hours whenever a person's blood-sugar fell to a certain level. During the three-month trial, participants with smart pumps experienced a third fewer episodes of hypoglycemia than those with the regular pumps. And the number of cases where blood-sugar levels dropped low enough to need medical attention were non-existent in the smart pump group. Four people with the regular pump experienced such an episode. The smart pump is already being produced by a Minneapolis-based company called Medtronic, and is available in European markets. It is currently under review by the Food and Drug Administration for use in the United States, according to CBS. The smart pump's automatic shut-off feature brings researchers closer to their goal of producing an artificial pancreas that could one day eliminate diabetics' blood-sugar highs and lows by precisely tracking glucose levels and automatically delivering specific doses of insulin as needed. The results of the company-sponsored study were published in the New England Journal of Medicine over the weekend and presented Saturday at the American Diabetes Association conference in Chicago. The artificial pancreas is mainly aimed at treating type 1 diabetes, which is most often found in children and makes up about 5 percent of the 26 million cases of diabetes in the United States. Still, the device's ability to regulate insulin levels could prove helpful for the millions of people with type 2 as well.