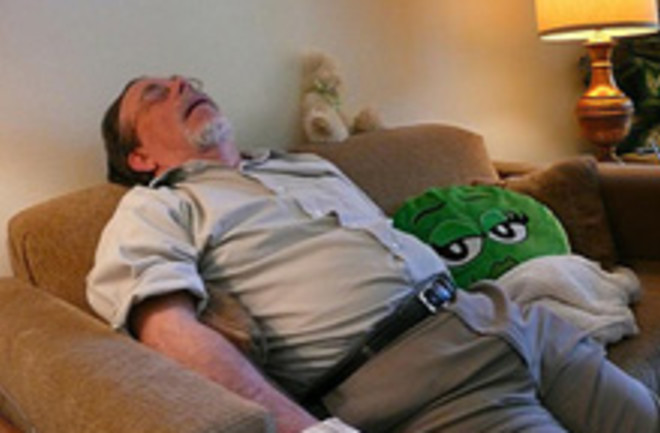 It may be old news that people who work the night shift tend to have higher rates of certain medical conditions. But researchers say they have established a direct link between an abnormal sleep cycle and altered hormone levels, which can disrupt metabolism and increase the risk of heart disease, diabetes, and obesity. As soon as their circadian rhythms became separated from a day-night cycle, test subjects' levels of key metabolic hormones went haywire—the most compelling evidence yet that shift work isn't just an inconvenience, but an occupational hazard [Wired News]. The study, published in theProceedings of the National Academy of Sciences, maps a clear path from work-sleep cycles to metabolic disregulation to disease [Wired News]. Scientists cannot yet explain the exact connection between metabolism and the circadian rhythm, the roughly 24-hour cycle that biological and behavioral processes are based on. But they believe the trigger to be a decrease in the hormone leptin, which the body uses to regulate appetite, that results when the circadian rhythm is disrupted. In the study, the test subjects—five women and five men—were put on a 28-hour cycle, rather than the normal 24. They slept for 9 hours and 20 minutes every day and ate regularly, but were woken up each day four hours later than the previous day. Their blood pressure, heart rate, body temperature, oxygen consumption were measured throughout the day, and blood samples taken hourly while the subjects were awake. Production of leptin was found to have decreased, while glucose and insulin increased, as did blood pressure and cortisol, a hormone linked to stress. The blood sugar of three subjects, who were all previously healthy, even reached prediabetic levels. Because the total amount of sleep time did not change, researchers concluded that these harmful effects stem from an off-kilter sleep cycle, and not from simply too little sleep.... The new research didn’t measure the quality of sleep, which may be responsible for some of the harmful effects of shift work, [sleep researcher Eve] Van Cauter says. "Shallow, fragmented sleep could be the mediator" [Science News]. Adds study coauthor Frank Scheer: "The surprising finding for us is that even so brief a misalignment caused quite impressive changes" [Wired News]. Related Content: DISCOVER: 20 Things You Didn't Know About... Sleep DISCOVER: Mind Over Time asks whether we can alter circadian rhythms DISCOVER: Night Owls vs. Early Birds DISCOVER: 20 Things You Didn't Know About... Fat