Sick Ground Zero Workers Will Get a $650 Million Settlement 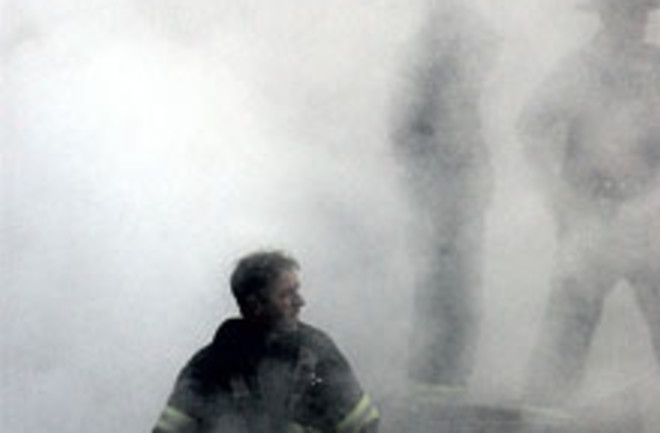 After six years of legal wrangling, a New York judge is set to approve a $657 million settlement package for thousands of rescue workers and volunteers who became sick after working on the cleanup of the World Trade Center site. The workers, who had sued the City of New York and other officials for their subsequent illness, can now settle their injury claims. Marc Bern, one of the lawyers representing the workers, said many of his clients were "first responders" at the site when the twin towers collapsed on September 11, 2001.

After the work, some found their health deteriorated, with many suffering from asthma, other respiratory issues and blood cancer [CNN].

The money for the claims will come

from a $1 billion federal grant to the WTC Captive Insurance Co., created to indemnify the city and its contractors against the flood of lawsuits [Daily News].

The workers have 90 days to look through the proposed settlement and decide if they like it. If 95 percent of the plaintiffs approve of the package, then the settlement will stand at $575 million.

The individual payments will be made based on a point system that depends on the severity of the worker’s illness, his past health history, and the role the smoke at Ground Zero played in his current illness. Rescue workers can claim anything from a few thousand dollars to more than one million.

The settlement would also fund a special insurance policy, which provides additional compensation to any plaintiff contracting certain types of cancer in the future [CNN].

New York Mayor Mike Bloomberg said the settlement was a "fair and reasonable resolution to a complex set of circumstances." DISCOVER has reported in the past that when the twin towers collapsed on September 11, two million tons of dust containing cement, asbestos, glass, lead, and carcinogens rained down on lower Manhattan. Phillip Landrigan, who heads the Department of Preventive and Community Medicine at Mount Sinai, said the concentrations of dust in the air were so high that they overwhelmed all the normal defenses of the human respiratory tract, and people inhaled ounces of dust into their trachea or their bronchi. The apparent results were the persistent "World Trade Center cough," inflamed sinuses, and in the case of some workers who worked amidst the debris and smoke, thyroid and lung cancer. For many long-suffering workers, news of the settlement drew mixed reactions. Carpenter James Nolan, who said he helped recover bodies and build ramps for firehoses at the WTC site, said the settlement would help pay the medical bills for his for lung and leg problems--which he claimed were a result of working at Ground Zero.

Others like Gary Klein, a retired cop with lung scarring and stomach problems, wasn't so sure.

"A million dollars is not a lot of money if you have cancer and need chemotherapy," Klein said. "What's going to be left for your family after you die?" [Daily News]

More From Discover
The Sciences
Dogs May Be Key in Early Bladder Cancer Detection
Health
Developing A Drug To Identify And Target Tricky Cancer Cells
The Sciences
Eating Ice Cream During Chemotherapy Could Help Some Side Effects
Health
Blue-Green Algae Could Help Treat Cancer And Alzheimer's Disease
Planet Earth
We Could be Closer to Improving Treatment for Tumors in Dogs
Health
Cancer Cells Most Active During Sleep, Study Finds
Recommendations From Our Store
My Science ShopDiscover STEM Kits
My Science ShopDiscover 2022 Calendar
My Science ShopStrange Science
My Science ShopElements Flashcards
Shop Now
Stay Curious
Join
Our List