Sexting doesn't lead to riskier sex... if you are of a certain age. 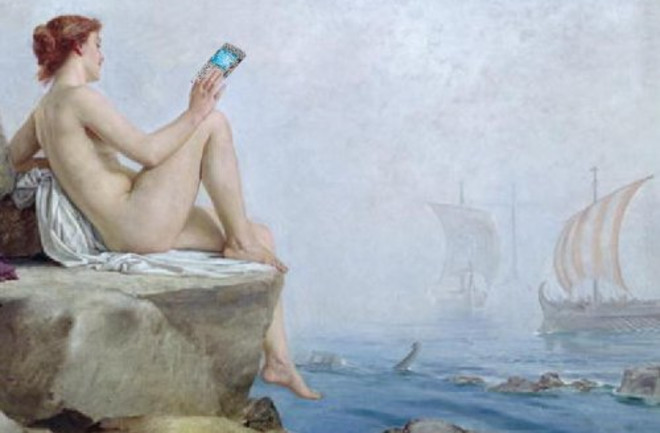 Image: Mike LichtFor obvious reasons, research on sexting has generally focused on young people. These studies, often done using university students as subjects, suggest that sexting is associated with risky sex. But are these findings generalizable to mature populations? These researchers set out to to answer this question. Turns out that, no, sexting by older adults is not associated with risky sex. So go for it, grandma!Sexting Leads to "Risky" Sex? An Analysis of Sexting Behaviors in a Nonuniversity-Based, Older Adult Population. "Since few researchers have analyzed sexting behaviors in nonuniversity-based adult samples, we sought to determine if sexting is associated with negative psychological correlates and risky sexual behaviors in this population. Analysis of individuals who indicated having vaginal or anal sex in the past 12 months and who identified as single (n = 377) showed that condomless sex is independent of sexting behaviors. Results for those in committed relationships (n = 374) and having had vaginal or anal sex in the past 12 months also demonstrated condomless sex and sexting behaviors were not related. Furthermore, alcohol consumption and relational health were predictive of sexting behaviors in adults in committed relationships. These findings demonstrate that while risky sexual behavior and negative psychological correlates are associated with sexting and younger populations, the same might not be true for a nonuniversity-based, older adult sample." Related content: Scientific proof that Facebook is making you sad.Sex burns 3.6 calories a minute.When eating nuts and having sex don’t mix.