Sex with thee and the last woman 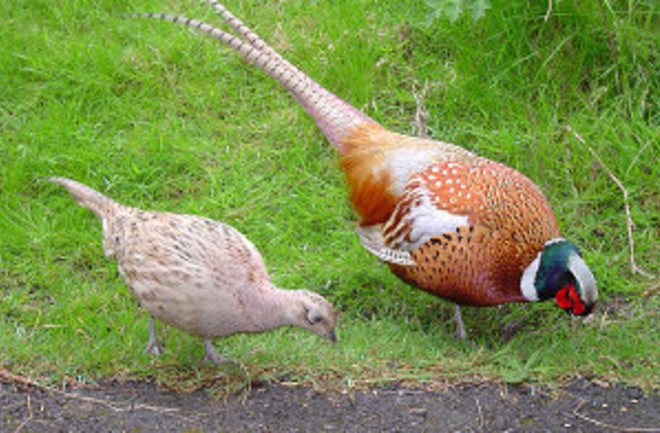 A quintessentially sexy topic in biology is the origin of sex. Not only are biologists interested in it, but so is the public. Of Matt Ridley's older books it is predictable that The Red Queen has the highest rank on Amazon. We humans have a fixation on sex, both in our public norms and our private actions. Why? Because without a fixation on sex we would not be here. Celibates do not inherit the earth biologically. This answer emerges naturally from a Darwinian framework. And yet more deeply still: why sex for reproduction? Here I allude to the famous two-fold cost of sex. In dioecious species you have males and females, and males do not directly produce offspring. The increase of the population is constrained by the number of females in such lineages (male gametes are cheap). There is no such limitation in asexual lineages, where every individual can contribute to reproductive "primary production." Additionally, the mating dance is another cost of sex. Individuals expend time and energy seeking out mates, and may have to compete and display for the attention of all. Why bother?

The answer on the broadest-scale seems to be variation. Variation in selective pressures, and variation in genes. Sex famously results in the shuffling of genetic permutations through recombination and segregation. In a world of protean change where one's genes are critical to giving one the edge of fitness this constant flux of combinations results in more long term robusticity. What clones gain in proximate perfection, they lose when judged by the vicissitudes of the pressures of adaptation. In the present they flourish, but in the future they perish. Sex is the tortoise, clonal reproduction is the hare. And yet science is more than just coarse generalities; biology especially so. The details of how sex emerges ad persists still remains to be fleshed out. The second volume of W. D. Hamilton's collected papers, Narrow Roads of Gene Land, is the largest. Mostly because it was not edited appropriately (he died before it could be). But also perhaps because it is the volume most fixated upon the origin and persistence of sex, which is a broad and expansive topic. A new paper in Nature tackles sex through experimental evolution. In may ways the answer it offers to the question of sex is old-fashioned and straightforward. Higher rates of sex evolve in spatially heterogeneous environments:

I'm not too familiar with B. calyciflorus, but it seems that it is facultatively sexual. Given the appropriate environmental cues (high densities, quorum sensing) some females can produce offspring which can have sex. The image to the left is from supplements, and shows the potential life cycles of this organism. Amictic in this context means individuals who produce diploid eggs which can not be fertilized. These eggs give rise to females parthenogenetically. The divergence between the two is when amictic females produce mictic females. These females produce eggs which are haploid, and can be fertilized. Those which are fertilized produce amictic females. Those which are not fertilized produce males. Apparently in this species a propensity toward producing mictic females under stress conditions is heritable. Therefore, a propensity toward greater or less sexuality is heritable. There are within a give population both sexually and asexually reproducing individuals. Unlike humans, or bdelloid rotifers, B. calyciflorus is not locked into a particular style of reproduction, but can shift its strategy conditionally upon changes in the environment. Therefore it is an ideal organism upon with to test theories of the origin and maintenance of sex. For them sexual reproduction is a option, and insight can be gained by exploring the conditions under which that option is exercised. The two parameters they shifted in this experiment was the quality of nutrition (high vs. low) and the rate of migration within a set of populations (~1% vs. ~10%), for which the N was ~10,000. There were two treatments: - Homogeneous environments of high-quality and low-quality food - Heterogeneous environments where high and low-quality food zones existed adjacent to each other with two populations The populations within these treatments were derived from wild lineages with a relatively high proportion of sexually reproducing individuals. Previous work confirmed that sexual reproduction, or propensity to reproduce sexually, was heritable. So if the environment favored sexuality or asexuality the frequencies should change over time as there is heritable variation for the trait within the rotifer populations. In other words, sex could be a target of natural selection. In the figure below you see two panels. The first, a, shows populations subject to 10% transfer per generation. The second, b, 1% transfer per generation. This is the migration parameter, which is an order of magnitude higher in the first than the second panel. Triangles are heterogeneous environments, while circles represent homogeneous ones. The x-axis is the time parameter. At weak 14, the vertical line, all populations were mixed together and reassigned.

It's immediately obvious that the proportion of sexually reproducing organisms is dropping rapidly in the homogeneous environments vis-a-vis the heterogeneous environments. Interestingly the shift in the migration parameter does not have much of an effect. In the first 14 weeks the propensity for sex drops even in the heterogeneous environment from the wild-type baseline. But once the lineages are mixed together and allowed to evolve from their laboratory baseline you see that sex has a positive benefit in the heterogeneous environment, shifting back up to an equilibrium state. The authors note that the equilibrium propensity for sexual reproduction of rotifers seems higher in the wild than in the laboratory. That doesn't seem so surprising, presumably there are many more variables which shift in the wild than in the laboratory, where conditions are consciously controlled to tease out independent predictors. The most common model for the maintenance of sex today in terms of the ultimate driver is host-pathogen co-evolution. Sex being the only way that slow-reproducing complex organisms can keep up with prolific asexual pathogens. The rotifers may be subject to this dynamic, as well as spatial heterogeneity. It does not seem to me that nature should be in the business of enforcing a monopoly on the supply of proteanism.

What does this mean in the long-term? Well, it may be that sex, and males, are adaptations to an unpredictable and wild world whose caprice we can not account for. As humanity, or perhaps more generally sentient beings, begin to control nature and buffer themselves artificially from the volatile fluctuations, will we need sex and males? At the end of history when conditions are stable, and all that is before us is the terminus of heat death, perhaps what awaits us are a series of mindless and boring clonal lineages, perfectly adapted to turning nutrients into flesh, generation to generation. Citation: