Reports of screen time’s harms may have been greatly exaggerated. 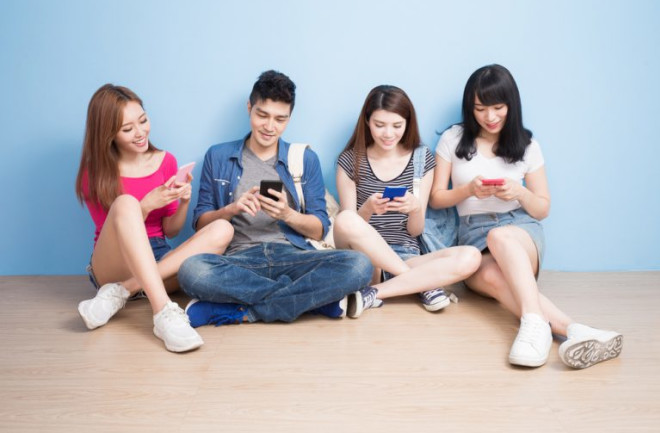 Today, our phones can seem less like friends and more like the other half of a toxic relationship. We rely on them for our daily activities, even as concerns over the effects of screen time on well-being mount. The phobia has even prompted the development of a new consulting gig: screen-free parenting coaches. But now researchers argue the terror surrounding screens lacks evidence and they say they have the research to back it up.

“None of these [negative] claims is supported by facts or a drop of scientific evidence,” University of Oxford experimental psychologist Andrew Przybylski recently sounded off in an editorial in The Guardian.

Przybylski and colleagues analyzed an archival dataset that surveyed upwards of 10,000 ten- to 15-year-olds every year for nearly a decade. In the survey, the tweens answered questions about their households, their satisfaction with life and their social media use, such as “How many hours do you spend chatting or interacting with friends through a social website like [Bebo, Facebook, MySpace] on a normal school day?”

The adolescents’ answers revealed social media use had little impact on their well-being, Przybylski and team report in the journal Proceedings of the National Academy of Sciences (PNAS). Although the researchers found teens that use more social media showed slightly lower life satisfaction compared with adolescents that use less, the correlation was small.

“What we found was a whole lot of nothing,” Przybylski said.

When tracking individuals’ life satisfaction and social media use over time, the results were more or less flat. Overall, social media use did not predict how satisfied with life a teenager was, nor did their satisfaction with life correlate with how much time they spent using social media. Only when the researchers focused their analysis on gender did minor trends appear.

For guys, social media use predicted slight dips in life satisfaction and the correlation was a shade stronger for girls. For females, more satisfaction with school, family and their appearance forecast slightly less social media use. Still for all of their findings, the researchers describe the relationships as tenuous.

Other scientists, in a response published in PNAS, argue the study is flawed. Joshua Foster, a personality and social psychologist at the University of South Alabama and M. Hope Jackson, a psychologist in the Mobile area, point out Przybylski’s study focuses on a single question about social media use, one that doesn’t cover the weekend, when tweens have the most free time.

The psychologists further draw attention to the fact that the survey question only asks about “chatting or interacting with friends.” This leaves out how many hours the tweens spend on the platforms consuming content but not socializing. That might explain why most adolescents claimed the number of hours they used social media in a day was “none” or “less than hour” on average.

In response, Przybylski writes, “No self-report measurement is perfect.” It’s a point he and colleagues brought up in their study. The team was “dissatisfied” with having to rely on questionnaires but point out that there’s no evidence to suggest that the survey they used is any better or worse than other available tools.

Yet, to truly get to the bottom of how screens and social media use affect well-being, Przybylski says, one has to go to the source: Facebook, Instagram and gaming companies. He advocates for what he calls a “robust, open science model” where the companies share data directly with researchers.

“They have the data to answer [these] questions,” he said.