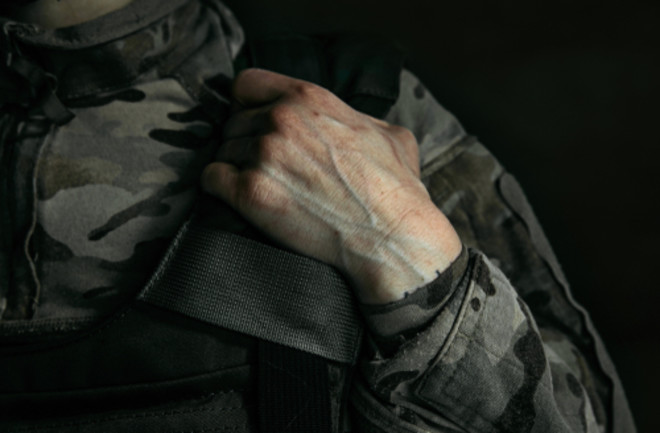 Military missions can expose service members to horrible and life-threatening situations. As a result, 20 to 30 percent of combat veterans experience post-traumatic stress disorder (PTSD) – ongoing feelings of guilt, anger, and shame that surface as outbursts, reckless behavior and intense flashbacks. But despite PTSD’s prevalence among vets and other survivors of traumatic experiences, scientists know little about the condition’s biological roots, a gap that may be preventing sufferers from finding relief.

Now researchers have identified genetic risk factors for reliving traumatic experiences, a major PTSD symptom. The discovery also links PTSD to schizophrenia and high blood pressure, which may point to new ways to treat the condition.

“When you know more about the biology, this sometimes is a guide to better treatment,” U.S. Department of Veterans Affairs physician and Yale University geneticist Joel Gelernter, who led the new research, told Discover via email.

To determine the genetic basis for re-experiencing trauma, Gelernter and his team drew on data from the Million Veterans Program (MVP), a voluntary research program run by the Veterans Affairs Healthcare system that looks into how genes affect health in military vets. The researchers scrutinized the genomes of more than 165,000 U.S. veterans to look for links between a person’s genetics and reliving traumatic experiences.

The team found eight regions of the genome linked to this symptom in vets of European ancestry, they reported Monday in the journal Nature Neuroscience. One of the regions is close to a gene that helps control the body’s response to stress. The finding suggests genetics influence a person’s risk for the condition.

Two other genomic regions the researchers identified also link PTSD risk to psychiatric conditions, including bipolar disorder and schizophrenia. The authors suggest there may be a relationship between the auditory hallucinations that people with schizophrenia commonly face and the re-experiencing of traumatic events that veterans and other PTSD survivors endure.

Although there are marked differences between schizophrenic hallucinations and the flashbacks of PTSD, Gelernter says the results justify looking further into the connection. Although antipsychotic drugs that work well for hallucinations didn’t do much for PTSD patients, “Suppose we chose PTSD patients for this treatment, based on having higher genetic risk for schizophrenia?” Gelernter wonders. “That’s the sort of thing we’re thinking about, that we get from these results.”

Similarly, another analysis the team ran linked re-experiencing symptoms to high blood pressure. The finding suggests the same genetics underpin the symptoms. The discovery could help identify vets that are more likely to respond to treatment with prazosin, a high-blood pressure medication. There’s been some evidence that when prescribed in high doses, prazosin relieves PTSD nightmares, but a recent clinical trial found the treatment didn’t help.

Some researchers argue the clinical trial’s failure might stem from having treated all vets in the trial as though they have identical genetic backgrounds. Instead, they suggest harnessing the power of precision medicine to pinpoint which vets might benefit the most from the treatment. Gelernter and his team’s findings could help open that door.

“This [research] may lead to a better biological understanding of variation in PTSD risk and possibly – in time – better treatments, which could involve repurposing of existing medications,” Gelernter said.

The impact of better treatments could help many folks with PTSD. “It is not uncommon, and it is precipitated by many events outside the military also,” Gelernter said. “It’s something you will encounter around yourself often if you keep your eyes open. It causes a lot of distress. It would be great to understand it better and have better treatments available.”