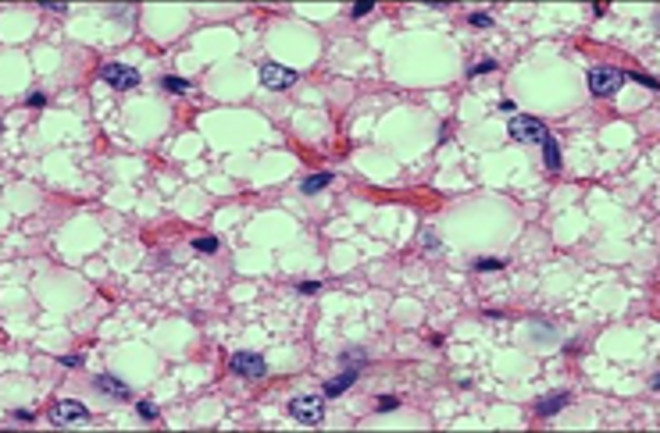 Last spring, researchers confirmed that brown fat—the kind that burns energy rather than storing it and is especially prevalent in newborns—can be found in small pockets in adults, too, and slimmer adults have more of it. This spring, a team says it might have found one of the first steps in activating that fat-burning fat in adults. Their study comes out in Science this week. Brown fat is packed with energy-producing mitochondria, and babies have a lot of it because it helps them keep warm. Once humans begin to regulate their own body temperature they don't need as much brown fat anymore, so it gets replaced by energy-storing white fat, which helps store energy but leads to expanded waistlines in this age of affluence. Testing on mice, the team led by Stephan Herzig upped the use of an enzyme called cyclooxygenase-2 (COX-2). While the enzyme plays a role in many physiological functions, the researchers found that pushing it in mice could induce their white fat to act more like energy-burning brown fat, and their weight dropped by around 20 percent.

"There has been a lot of excitement around brown fat, but ... there wasn't any clear indication that turning up brown fat would make animals lose weight," says Chad Cowan, a professor in the Department of Stem Cell and Regenerative Biology at Harvard Medical School who studies fat cell development. "What this paper does is make a good link to something that might be clinically beneficial [TIME].

Don't get too excited just yet. This is a test on mice, not people, and there's another problem: This transformation in the animals, white fat acting like brown fat, happened only when Herzig and his colleagues tricked the mice's bodies into thinking they were at a colder temperature than they actually were:

That caveat is important because the COX-2 enzyme is present in a wide range of body tissues, and revving up its activity may lead to some serious side effects such as clotting problems, increased sensitivity to pain and even muscle abnormalities. Herzig found that manipulating the COX-2 pathway switched white fat to brown fat in the mice only when he simulated cold temperatures through metabolic tweaks — dilating small blood vessels and increasing the pumping of the heart — and made the rodents act as if they were shivering [TIME].

So Herzig's team has only just started to figure out how humans might take advantage of our tiny brown fat deposits to battle our ever-growing white fat deposits. But, he says, if we find a way to do it that doesn't involve the weird side effects, it might not take much brown fat to make a difference.

Scientists estimate that as little as 50 grams of brown adipose tissue in a normal adult human would be enough to increase energy consumption by 20 percent."That's not a lot of brown fat, but a big increase in energy burn," said Herzig. "And this type of transplantation idea has been tried out with other types of animals and other types of cells, so in principle it works" [Reuters].

Related Content: DISCOVER: The Fat That Can Make You Thin