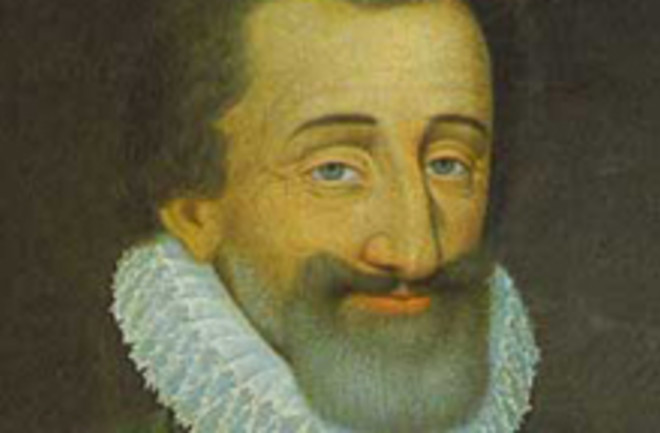 It's a hard life (and death) being a French king. Even if you're popular, you're assassinated. Revolutionaries disinter your body long after your death and make off with your mummified head. And then finally, 400 years after your death, your head supposedly turns up in the garage of a collector. This week a team led by Philippe Charlier reports to have identified the head of the monarch in this story, France's King Henri IV. The researchers report their find in the Christmas issue of the British Medical Journal, which is known for its tradition of bizarre topics and occasional spoof articles, but Charlier and company appear to be on the level about identifying the remains of the first Bourbon king.

Known as “the green gallant” in his time, Henri's extraordinary popularity didn't prevent him from being whacked in 1610—then having his remains ransacked by revolutionaries nearly 200 years later. Reports of his head passing between private hands have surfaced over the centuries, most recently after one collector bought it for three francs in 1919, then tried—and failed—to have it authenticated for display in French museums. It came into possession of an 84 year-old man who has kept it stashed in his garage since 1955. [TIME]

Charlier and colleagues say they could not recover uncontaminated samples of mitochondrial DNA, which would have allowed for genetic testing. So, as an alternative, they found several ways to compare what was left of the embalmed head to what historians know about Henri IV (not to be confused with Henry IV of England

While radiocarbon dating yielded a date of between 1450 and 1650, which matched Henry's lifespan (1553 to 1610), several features on the mummified head were consistent with the image of the king as it was represented in portraits. These included red and white hairs; remnants of a moustache and beard; a “dark mushroom-like lesion" near the right nostril, which in portraits is represented as a mole; a healed facial stab wound, corresponding to an injury inflicted during a previous murder attempt in 1594; and a pierced right earlobe. [Discovery News]

of the supposed royal noggin, and argue that the head shape matches up nicely to moldings taken of Henri's head after his 1610 death and his 1793 disinterring, when French revolutionaries are said to have taken the head from his body that was buried in the Basilica of Saint Denis in northern Paris.

"It fit into their idea of 'Out, out, damn spot,' of getting rid of, in a symbolic way, the historical burdens of monarchy," John Merriman, a Yale University historian and author of a number of books on European and French history [says]. "It seemed, in context, a proper gesture," Merriman, who was not involved in the current study, added. [LiveScience]

With historians seemingly satisfied that this head is indeed the head of the king, it is headed back to the basilica.

Jacques Perot, director of the Societe Henri IV in France, said the head will be buried next year in the Basilica of Saint-Denis. "It will be a beautiful ceremony," he [says]. [Reuters]

, including antimony, which may have done in Mozart. 80beats: Danish Astronomer Tycho Brahe Gets a Postmortem, 400 Years Late

Discoblog: Did Arsenic Kill Napoleon? His Hair Says No.