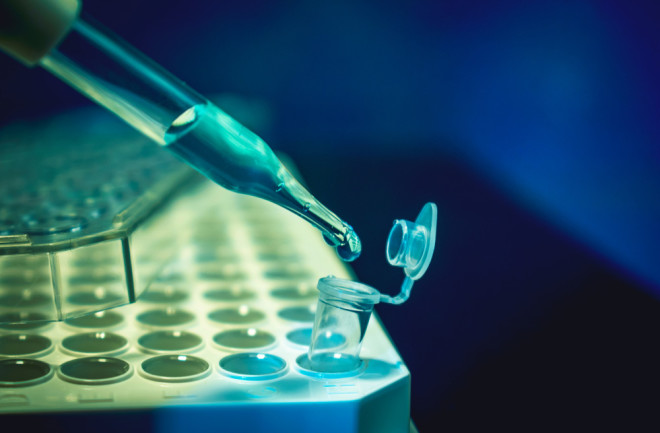 CRISPR-Cas9 is here to stay. And for good reason. The gene editing system — which is cheap, fast and more precise than previous techniques — blew the gates open for all sorts of research when it hit the scene back in 2012. Traditionally, it’s hinged on the use of a protein that’s right there in the name, Cas9, a member of the Cas protein family.

Now, researchers at the Broad Institute and the National Institutes of Health have announced in a paper Nature Communications that Cas9 could have a little competition. They’ve pinpointed another Cas protein, called Cas12b, that works with CRISPR, giving scientists using the system more flexibility and capabilities.

If you’re not familiar with the details of the CRISPR-Cas system, here are the basics: First, there’s CRISPR. (If you’re wondering, that stands for clustered regularly interspaced short palindromic repeats.) It’s how bacteria naturally recognize and target foreign DNA that viruses inject into cells. To do this, the CRISPR mechanism prompts the production of a type of RNA called guide RNA, or gRNA, and a Cas protein. Then, the gRNA, as its moniker implies, guides the Cas protein to the site of the foreign DNA. Once there, the Cas protein removes that chunk of DNA by effectively snipping it out, eliminating the viral threat.

In most research applications of CRISPR, that protein is Cas9. Its popularity is largely due to the fact that Cas9 is fairly specific when targeting chunks of a genome’s DNA. (Though there are concerns that using CRISPR-Cas9 can spur unintended genetic changes.)

But it’s not the only protein that can work with CRISPR. Other types of Cas proteins have been successfully deployed in a CRISPR system, like Cas13, which targets RNA instead of DNA, and Cas12a (sometimes called Cpf1), which cuts DNA differently than Cas9.

Then there’s Cas12b. The same group of researchers announcing this paper had actually flagged Cas12b, along with two other proteins, as a potential Cas9 alternative back in 2015. Called C2c1 when they first started looking into it, the researchers thought it held promise since it’s smaller than Cas9 and thus would be easier to use in organisms.

But there was a problem. Normally, Cas12b only functions at temperatures higher than what the human body can handle. That’s because Cas12b is usually found in bacteria that thrive in extreme environments like volcanoes and hot springs.

Now, through a combination of combing through the genomes of thousands of bacteria that operate in temperatures mammals can tolerate and some genetic engineering, the team has landed on a version of Cas12b that can work in human cells. Specifically, the protein is designed to alter the genome of human T cells that are key players in the immune system.

Though the team hasn’t yet deployed the CRISPR-Cas12b system in vivo, or in an actual organism like teams have already been doing with CRISPR-Cas9, that’s their eventual goal. And getting this version of Cas12b that’s compatible with mammalian cells is an important first step to broadening the CRISPR options researchers have available to them.