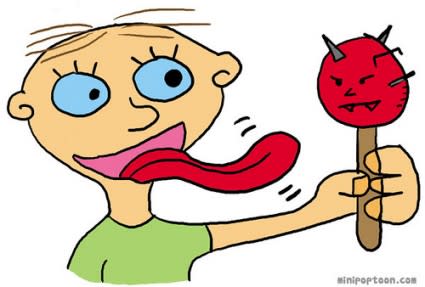 Don't lie. Don't steal. And don't buy lollipops allegedly mouthed by infected children peddled over the internets. Apparently the third piece of advice doesn't go without saying; parents who don't want to give their kids vaccines in several states have turned to Facebook to find lollipops, spit, or rags from chickenpox-ridden youngsters, according to the Associated Press. Federal prosecutor Jerry Martin warns that the practice is dangerous and illegal—it's a federal crime to ship known pathogens across state lines. It's also likely to fail at spreading the virus since chicken pox needs to be inhaled to infect children, according to doctors, and is dangerous, since it could spread other diseases that more readily persist in saliva like hepatitis. One post from a Facebook group called "Find a Pox Party in Your Area" (a closed group, but with pictures of its hundreds of members) reads, "I got a Pox Package in mail just moments ago. I have two lollipops and a wet rag and spit." Another woman warns, "This is a federal offense to intentionally mail a contagion." Another woman answers, "Tuck it inside a zip lock baggy and then put the baggy in the envelope : ) Don't put anything identifying it as pox." Very clever. "Pox parties" are nothing new—although they've become less common since the chicken pox vaccine was introduced in 1995. But the ability to easily connect with like-minded, vaccine-wary parents around the country is. These parents, skeptical about the safety and effectiveness of vaccines, would probably do well to ditch their credulity regarding the diseased bodily fluids of complete strangers. [Via The Associated Press]