Santa Claus and doctors found equally reliable, despite one being imaginary. 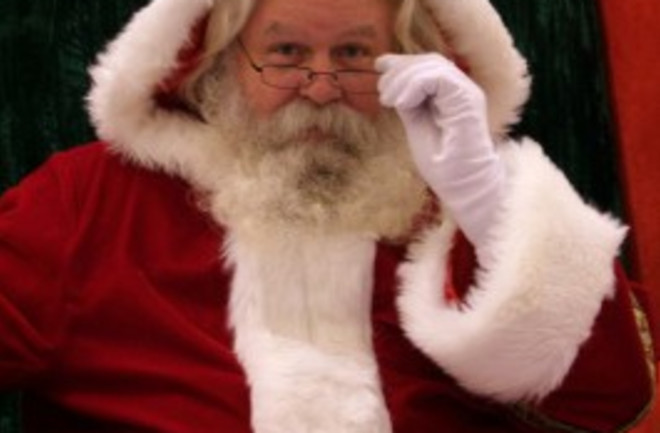 Photo: flickr/LadyDragonflyCCOne would hope that the general public feels like they can trust and like their doctor. But feelings are subjective, and it can be difficult to interpret what people mean when they talk about how they feel. So it's helpful to have a scale or comparison. And who do people like and trust as much as Santa Claus? Well, according to this Danish study...doctors! We're not sure if this says more about how the public views doctors or how much the Danish believe in Santa, but either way, Happy Holidays!Santa Claus is perceived as reliable and friendly: results of the Danish Christmas 2013 survey. "INTRODUCTION: Several studies have indicated that the population in general perceives doctors as reliable. In the present study perceptions of reliability and kindness attributed to another socially significant archetype, Santa Claus, have been comparatively examined in relation to the doctor. MATERIALS AND METHODS: In all, 52 randomly chosen participants were shown a film, where a narrator dressed either as Santa Claus or as a doctor tells an identical story. Structured interviews were then used to assess the subjects' perceptions of reliability and kindness in relation to the narrator's appearance. RESULTS: We found a strong inclination for Santa Claus being perceived as friendlier than the doctor (p = 0.053). However, there was no significant difference in the perception of reliability between Santa Claus and the doctor (p = 0.524). CONCLUSION: The positive associations attributed to Santa Claus probably cause that he is perceived friendlier than the doctor who may be associated with more serious and unpleasant memories of illness and suffering. Surprisingly, and despite him being an imaginary person, Santa Claus was assessed as being as reliable as the doctor." Related content: NCBI ROFL: The real reason Rudolph's nose is red. NCBI ROFL: And the holiday "No sh*t, Sherlock" award goes to… NCBI ROFL: Santa schmanta.